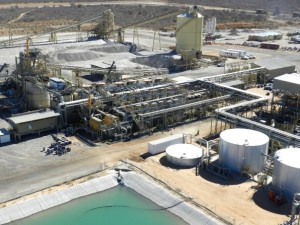 Discovery Metals says it continues its discussions with suitors over a possible change of control and revealed that the company financiers have given the Australian mining outfit further backing.

The company, which operates the Boseto Copper project in Botswana, said last month it has commenced the calling of bids from interested parties including its major shareholders Cathay Fortune Corp (CFC).

At the time it made the announcement in June, Discovery said has signed a Confidentiality Agreement with CFC and CFC has commenced its due diligence. However, it said there was no certainty that CFC will make any bid for the company’s shares following its due diligence.

Discovery Metals added that the lenders have now provided the company further support. “The lenders have waived the requirement that the company be required to make an additional equity contribution of $30m to the project by 15 August 2013,” it said.

“An  additional event of default will occur if the board has not recommended a bid to  acquire the company by 31 July 2013 or the company has not agreed investment  terms with a cornerstone investor that are satisfactory to the lenders.”

The lenders have not waived the existing defaults announced on 21 May 2013, but  have not taken any action in respect of those defaults. The company has engaged UBS AG, Australia Branch and Credit Suisse (Australia) Limited as its financial advisers in connection with the process.

Modular plant at Jwaneng mine to generate P22bn over 20 years