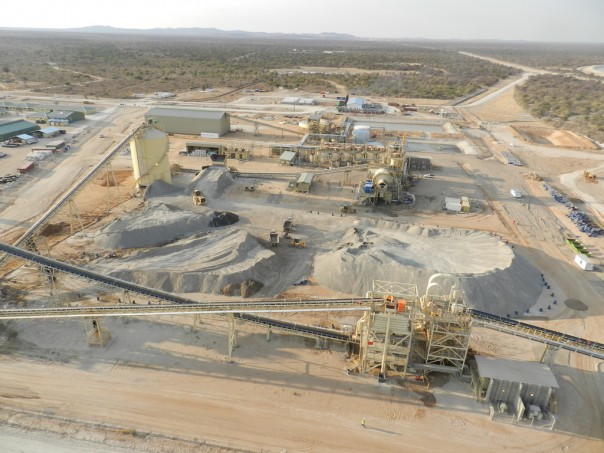 Discovery Metals Limited has provided a further update in regards to its Boseto Project Finance Facility (PF Facility) and its Single Currency Revolving Facility Agreement (SCRFA). The principal amounts outstanding under both facilities are US$123.8m and US$25m respectively. Discovery Metals has previously announced to the market various changes to the repayment schedule for the PF Facility (Repayment Schedule) in the form of formal waivers from its lenders.

On 15 January 2014, Discovery Metals advised the market that its lenders had granted a further waiver such that the scheduled repayment date for the principal repayment was deferred until 28 February 2014, and that all interest owing up until 31 December 2013 on the PF Facility and SCRFA had been deferred until 15 February 2014

Therefore, Discovery Metals advises the market that the Company’s lenders have granted a further waiver to the Repayment Schedule such that:

(a) the scheduled repayment date for the principal repayment has been deferred until 31 March 2014; and

Lenders have also acknowledged that that the Company may from time to time request that the lenders consent to withdrawals from the Debt Service Reserve Account (current balance US$6 million) for the purposes of paying reasonable and properly incurred operating expenses, however lenders have absolute discretion to approve or reject such request.

The lenders’ continued flexibility in relation to the Repayment Schedule is reflective of the ongoing support being afforded to the Company by its lenders. Discussions between Discovery Metals and various external parties as to a large-scale recapitalisation of the Company are continuing.

Discovery Metals also announced that its wholly owned subsidiary, Discovery Copper (Botswana) (Limited), has reached an agreement with Sedgman Limited (ASX:SDM) and its wholly owned subsidiaries Sedgman South Africa Pty Ltd and Sedgman Botswana Pty Ltd in relation to the full and final settlement of all claims arising from the EPC contract between the parties (as disclosed in various previous reports and announcements) (EPC Dispute).

Under the terms of agreement, Discovery Metals has agreed to pay to Sedgman the sum of USD3.2million (Settlement Sum) in full and final satisfaction of the EPC Dispute, subject to receiving funds in connection with the DML recapitalisation and refinancing of debt under the Project Finance Facility and the Single Currency Revolving Credit Facility Agreement (DML Refinancing) in the amount of at least USD$30 million by 30 April 2014. Payment will be made shortly following the receipt of those funds. The parties have agreed not to progress the EPC Dispute to international arbitration, as they were entitled to do or take other action prior to 30 April 2014.

The permanent resolution of the EPC Dispute which will be achieved upon payment of the Settlement Sum will represent the closure of what has been a difficult period between the parties. Discovery Metals is pleased to have reached an amicable agreement with Sedgman, and to now be able to wholly focus its resources on the continued improvement of the Company’s operations in Botswana.

“The conclusion of the dispute with Sedgman is an overwhelmingly positive outcome for both parties. Having the matter resolved will allow everyone to keep their minds on the performance of the Boseto Operation, which has continued to improve,” Discovery Metals CEO Bob Fulker said.