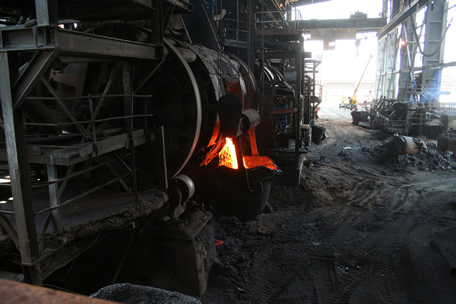 A mine disaster at Selebi-Phikwe based copper-nickel miner, BCL has claimed the lives of two employees following an explosion at the underground operation. The government owned BCL runs one of the most sophisticated underground hard rock mining operations in the world—rivaling many of mining operations in the country.
The company said the accident happened at its Phikwe Central (Number 3) Shaft on Tuesday 24 February, 2015 at 870ML/3250.
“This incident claimed two (2) lives of our personnel working at that area, while the other four (4) who were treated for minor injuries at the BCL Mine Hospital and discharged,” the company revealed.
“The deceased were a Machine Man, who was certified dead upon arrival at the hospital and a Leaner Miner, who unfortunately passed on due to injuries while receiving further treatment at a medical facility in Gaborone.”
The miner could not readily ascertain the cause of the incident, but preliminary internal investigations are pointing to an explosion during drilling at this working area (870ML/3250 stope). “However, internal investigation and investigations by Inspector of Mines to establish the cause of the incident are still ongoing.”
BCL said it was deeply concerned about the frequency of the fatalities at its underground operations saying it considers these incidents as serious, especially that ‘we have been a safe mine and have recorded more than four (4) Million fatality free shifts between calculated from 7th July 2010 to March 31st 2013, equivalent to 33, 77 months, almost 2 years and 8 months.’

“Following other similar unfortunate occurrences, we conducted an in-depth safety review and implemented a number of protocols to improve safety. One such tool is Behaviour Based Care Model (BBC),” it said.
“This is a systematic approach to promote behaviour supportive of injury prevention among all workers. We have since noticed a significant reduction in our lost-time injury frequency rate (LTIFR), which stood at 0.38 for the year 2014. This incident shows that we still have work to do and we will continue to strive to reduce the potential for safety risks as well as reversing the recent trends.”
“Once the investigations are complete, we will implement any additional safety procedures recommended to prevent such incidents from recurring at any of our operations. Improving safety for our employees and reducing risk of accidents remains a top priority for BCL.”
Following this incident, the underground activities at this area were immediately suspended and secured. The accident area remains closed, while other operations have not been affected.

BCL gets Europe award for quality