Cradle Arc (AIM: CRA), the African focused base and precious metals exploration and production company, has announced that it has disposed of Société Miniére de Kerboulé SARL (“SMK”), its operating subsidiary in Burkina Faso, which holds the wholly owned exploration licences of Arae and Gassel-Manere, together comprising the Kerboulé Gold Project.

Arae and Gassel-Manere are both early stage exploration licences located in northern Burkina Faso where limited exploration work has been historically performed. In April 2015, the company obtained an independent non-JORC code compliant resource estimate, which estimated that there was 6.2Mt of in situ mineralisation at Kerboulé grading at 1.16 g/t for 230,758 oz Au (using a 0.5 g/t Au cut-off grade). However, since 2015, access to complete further proposed exploration work has been hampered by the deteriorating security situation in the area, where armed extremist groups have been operating. 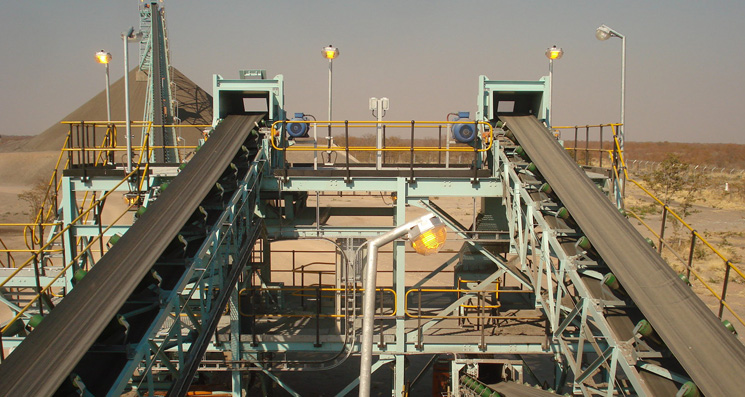 Accordingly, defining a path for further exploration through to potential development activities on both Arae and Gassel-Manere is not possible at this time. The lack of near term production potential in comparison to what the Company considers much lower risk, higher return investment at the Company’s Mowana mine has led to the Disposal.

Under the terms of the share transfer agreement, notional consideration of US$1 has been paid to the company for the entire issued share capital of SMK. The purchaser has also agreed to assume all ongoing operating costs and SMK’s liabilities, in consideration for the Company providing a one-off payment of 10 million francs CFA (approximately US$ 17,700) to the acquirer.

Lapse of Exclusivity for the Luiri Options

As announced on 16 April 2018, the Company entered into an option agreement (the “Agreement”) pursuant to which it granted Singa Holdings Zambia Private Limited (“Singa”) an option to establish a joint venture (the “JV Option”) and/or an option to acquire the entire issued share capital (the “Share Option”) of Luiri Gold Mines Limited (“Luiri”), the Company’s wholly owned subsidiary, which holds its Matala and Dunrobin gold assets in Zambia (together, the “Options”).  In accordance with the terms of the Agreement, the exclusive JV Option was due to expire on 30 June 2018 and the Share Option was due to expire on 1 July 2018.

While the parties continue to work to conclude a transaction, the Company has granted to Singa a non exclusive option on broadly the same commercial terms as the original Agreement save for the terms relating to exclusivity. As such, Singa will be entitled to exercise the Options on the same commercial terms as previously disclosed. However, the Company will also be at liberty to work with and/or receive and/or accept offers from third parties for the development of the Dubrobin and/or Matala Gold Project. The Company retains the right to cancel, in its sole discretion, the Singa non-exclusive Options at any time.

AIM-quoted Cradle Arc plc is the 60% owner of the Mowana copper mine in Botswana, a fully operational open pit mine and processing facility located in the north-east of the country, approximately 120km northwest of Francistown.

The Company recently released a maiden open pit ore reserve estimate (Proved and Probable) of 31.8Mt at 1.17% Cu for 370,800 tonnes contained copper metal, based on a Dense Media Separation (DMS) mine plan.

Botswana’s Mowana Copper Mine Back In Full Production

African Copper releases production update for first half of 2013