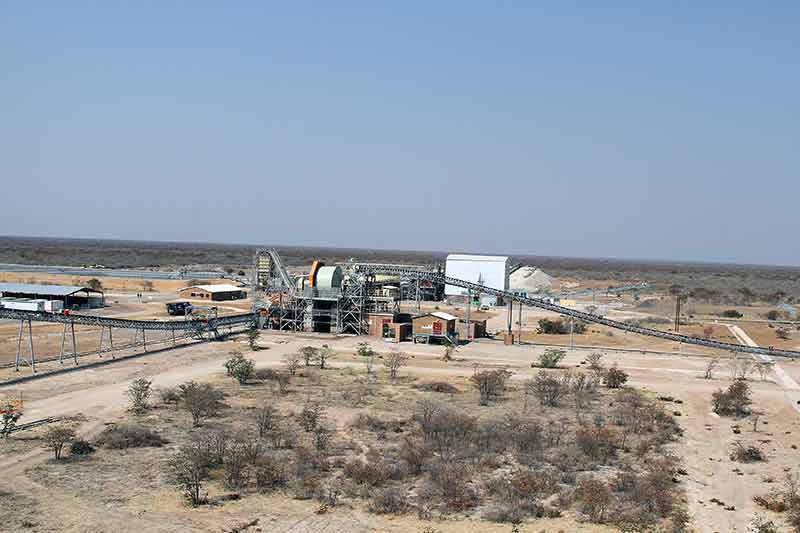 The updated mineral resource estimate was completed by Mineral Services Canada Inc. taking into account mining activities at Karowe since the start of production in April 2012 and includes changes to the geological model, re-interpretation of diamond size distributions, and the results of all diamond sales.

The recovery of significant numbers of large and high value diamonds from the centre and south lobes of the mineral resource being mined at Karowe has resulted in a positive change to the modeled and recovered size frequency distribution significantly increasing the overall modeled average price per carat for the Karowe Mine compared to the previous mineral resource estimate.

William Lamb, Lucara’s President and Chief Operating Officer, noted that the updated mineral resource for the Karowe mine reflects important changes based on the large amount of new information generated since the start of production at Karowe.

“The presence of exceptional stones within the centre and south lobes is now appropriately reflected in the size frequency distributions and the modeled average price. In 2013, Lucara sold more than 438,000 carats of diamonds for gross proceeds in excess of $180 million. Included in these were 23 diamonds which sold for over US $1 million, including 9 diamonds which sold for more than US $3 million each,” Lamb said.

The updated mineral resource was completed to the standards of the Canadian Institute of Mining (CIM) Definition Standards for Mineral Resources and Reserves as incorporated by National Instrument 43-101 Standards of Disclosure for Mineral Projects. The update incorporates a comprehensive review of the historic exploration data and resource modeling information (News Release dated 29/03/2010), complemented with data generated since the start of production in April 2012. The full details of the mineral resource update will form a portion of a NI 43-101 Technical report to be filed on SEDAR within 45 days.

The reader is cautioned that mineral resources that are not mineral reserves do not have demonstrated economic viability. Estimates of recoverable carats are based on the current Karowe plant configuration and physical ore characteristics (in particular ore hardness), and may be influenced by any changes to these factors.

Updated diamond value estimates are based on size distribution models for each lobe (North, Centre, South) and the pricebook value of specific production batches attributable to individual lobes, referenced to a common November 2013 diamond price book. Pricing information was provided by GTD Diamonds, diamond valuation experts managing the sales of all Karowe diamonds. The price model for the +10.8 carat diamonds (‘specials’) is based on actual sales data.

Lucara has also announced the sale of its Mothae bulk sample plant to a subsidiary of Paragon Diamonds Ltd., Meso Diamonds.

“The sale of the Mothae bulk sample plant and its removal from site allows for expansion of the pit as well as additional space for larger processing equipment which would be required for any future development of the Mothae asset,” Lamb said.