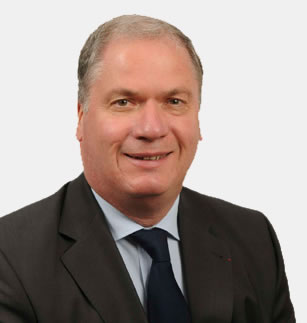 De Beers said its first rough diamond sales of year improved dramatically from the last sight of 2015 buoyed by a number of factors including good response from the U.S which resulted in the firming of polished prices.

In a new initiative–where by the diamond mining major publishes its sales figures to improve transparency–the company stated that it realised a sales value of US$540 million in the Cycle 1 of 2016. This was better that US$248 million raised from Cycle 10 2015.

“A positive holiday season in the US from a retail perspective, low levels of rough diamond purchases by the midstream in Q4 2015 and a subsequent reduction in manufacturing saw polished diamond stocks pull through the pipeline,” De Beers said.

“This has resulted in firmer polished prices. Rough diamond demand broadened across the entire product range as cutting and polishing factories began to increase their activity,” it added.

Diamond miners like Debswana would welcome the latest movement in the pipeline as together with peers in the diamond industry have been forced to hold a lot of stock in inventories-with the problem expected to take close to two years to stabilise.

The company has revised its production for 2016 to 20 million carats. The move means the company is suspending operations at Damtshaa mine, scalling down production at Orapa, Letlhakane and Damtshaa Mines (OLDM) and focusing more on the Jwaneng mine-which is mined cheaply.

“We are encouraged by the result of the first sales cycle of 2016, and will keep working closely with our customers to deliver sustainable improvements in the diamond industry in 2016,” De Beers Group Chief Executive, Philippe Mellier said.

According to De Beers, Cycle 1 2016 provisional sales value represents sales as at 25 January 2016. On the other hand, the sales value is quoted in terms of sales by De Beers Global Sightholder Sales and De Beers Auction Sales, and reported on a consolidated accounting basis. Auction Sales included in a given cycle are the sum of all sales between the end of the preceding cycle and the end of the noted cycle.

Recovery remains a work in progress

Mellier told a gathering of Sightholders or the “chosen buyers” in Gaborone that a difficult 2015, it seems that there are some reasons to be cautiously optimistic as 2016 begins, as they may be starting to recover some of the lost momentum.

However, he warned that these initial positive signs should not be viewed as grounds for complacency, saying “In fact, this is possibly the most crucial point as we now stand at a crossroads.”

“The midstream trading environment remains delicate, the recovery remains a work in progress and our actions in the near future remain crucially important.”

Mellier said the starting point for our 2016 plan is that ‘we recognise that strengthening our relationships with you will be crucial in the year ahead.’

“Another crucial part of our 2016 plan is therefore the continued provision of supply flexibility through our ‘demonstrated demand’ distribution system.”

“As you know, one of the main objectives when we commenced the 2015 – 2018 supply contract period was to provide you with more flexibility in purchasing opportunities. And of course the demonstrated demand approach to distribution continues to give you greater flexibility to adjust allocations in the event of a changing demand profile.”