Firestone Diamonds plc, the AIM-quoted diamond company said the construction activities at Liqhobong Diamond Mine were completed early in the quarter and it is currently in the commissioning and ramp up stage of the project.

According to the company’s Quarterly Update on Construction and Commissioning Activities for the quarter ended 31 December 2016, the project construction was 100% complete and ramping up to nameplate capacity during the period. It said first diamond recoveries commenced in late October 2016 where there was recovery of over 20 special stones larger than 10.8 carats, with the largest being a 37 carat white diamond, as well as several fancy yellow diamonds. 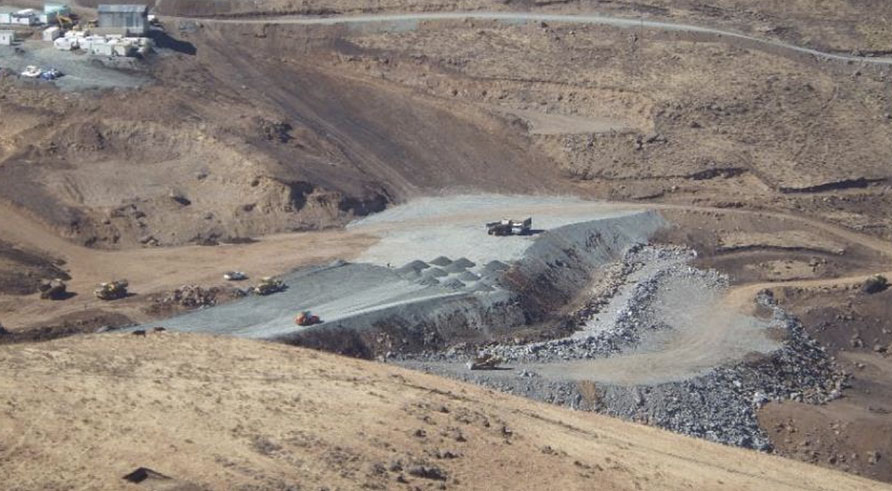 Firestone added that the processing of lower grade stockpiles and diluted ore in the quarter produced 58,000 carats at a grade of 14.4 carats per hundred tones while the first sale of Liqhobong diamonds will be held in Antwerp, Belgium from 6-10 February 2017.

Processing of lower grade stockpiles and diluted ore in the quarter produced 58,000 carats at a grade of 14.4 carats per hundred tones and 402,000 tonnes treated by the processing plant and nameplate capacity achieved on multiple occasions.

Firestone Diamonds chief executive officer, Stuart Brown said they are happy with the tones processed by the plant so far. “Construction activities at Liqhobong were completed early in the quarter and we are currently in the commissioning and ramp up stage of the Project. We have been pleased with the tonnes processed by the plant, which has already seen nameplate production reached on multiple occasions at this early stage of ramp up,” Brown said.

“As previously guided, the commencement of commissioning has seen the processing of historic low grade stockpiles, diluted ore and low grade ore from the main pit which at the end of December had produced 58,000 carats. Pleasingly, we have recovered over 20 special stones (larger than 10.8 carats) including a 37 carat white stone and numerous smaller yellow and fancy yellow stones, with no breakages of larger stones to date. At this stage of the ramp up, we have encountered the normal commissioning challenges and these are being addressed by our team in a methodical way.”

“We look forward to providing further updates on the ramp up programme, as well as the diamond sale next month.”

Firestone Diamonds plc, the AIM-quoted diamond mining company, said in accordance with the terms of the US$30.0 million Eurobond debt facility, it has opted to issue, in aggregate, 939,128 new ordinary shares of 1 pence each in respect of the quarterly interest due on the Eurobonds, for the quarter ended 31 December 2016.  As at 31 December 2016, Eurobonds amounting to US$30.0 million had been issued.

The company does not currently hold any Ordinary Shares in treasury.  Accordingly, the above figure of 315,887,372 may be used by shareholders as the denominator for the calculations by which they will determine if they are required to notify their interest in, or a change in their interest in, the share capital of the Company under the Financial Conduct Authority’s Disclosure and Transparency Rules.

Following the issue of the new Ordinary Shares, Pacific Road and RCF will be interested in 74,574,850 and 74,613,482 Ordinary Shares respectively, representing approximately 23.61% and 23.62% respectively of the Company’s issued share capital.

Firestone to delist from the Botswana Stock Exchange

Wilkes steps down from Firestone Diamonds’ board