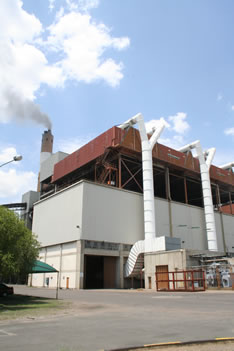 The plant failure at Morupule B power project has been blamed on the country’s decline in power generation in the third quarter of 2015, Statistics Botswana said. According to the agency’s Electricity Generation & Distribution Stats Brief for the Third Quarter 2015, electricity generated during the quarter under stood at 591, 983 MWH, which showed a decrease of 37, 993 MWH (6.0 percent) as compared to 629, 976 MWH generated during the second quarter of the same year.

“The decrease came as a result of the operational challenges realised at the Morupule B power plant,” it said, adding that in September 2015, the power utility (BPC) introduced a new 35 MW diesel operated electricity generating plant into the national grid.

“This decline is attributable to the decreases in both electricity generated locally and the imported electricity.” During the period under review (third quarter 2015), the volume of electricity distributed declined by 5.0 percent (49, 814 MWH) from 1, 006, 224 MWH during the second quarter of the same year to 956, 410 MWH (Table 7).

The generation of electricity in Botswana started in 1985 with a coal fired thermal power station at Morupule operating at a capacity of 132 MWH. Prior to this period, most of Botswana’s electricity was imported from South Africa’s power utility, Eskom. In 2008 South Africa’s electricity demand started to exceed its supply, resulting in the South African government restricting power exports.

Coal Production Up 63.9% As Mining Output Jumps In Q2