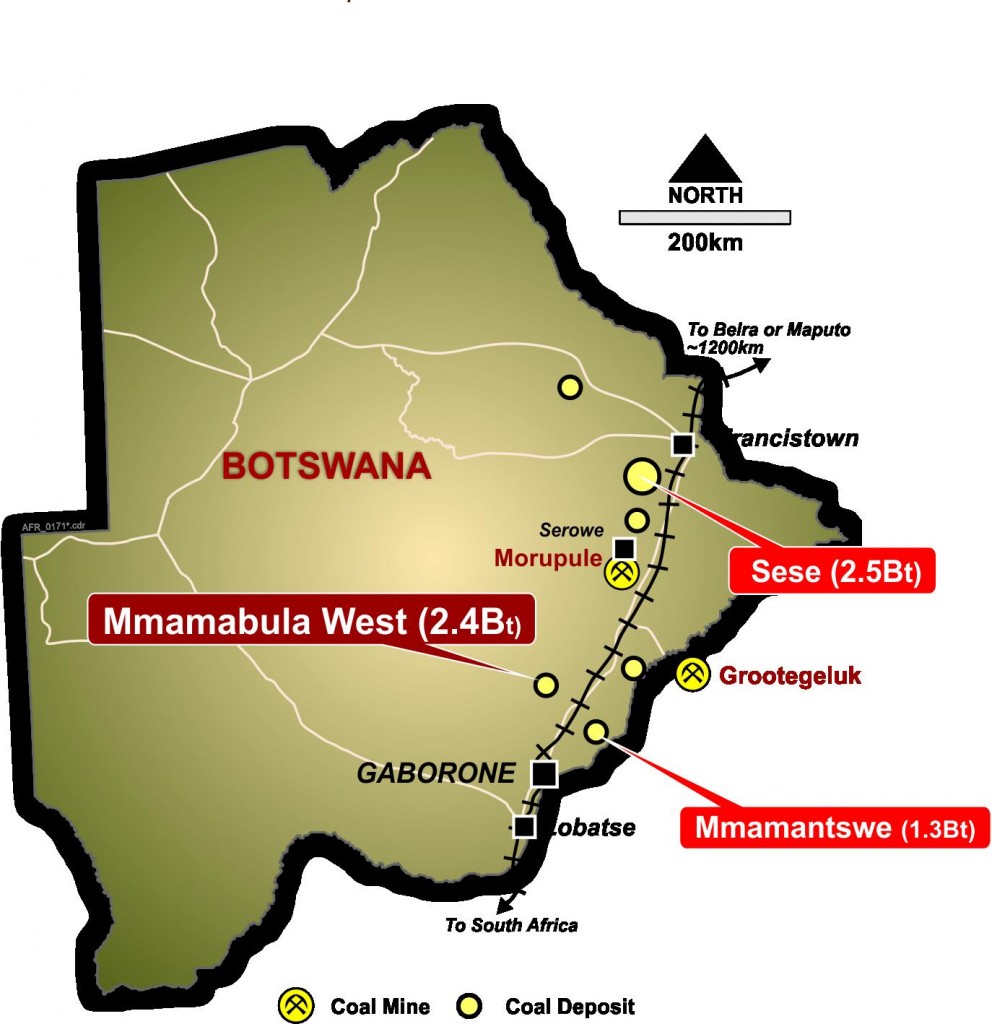 The company added that it was currently reviewing these documents and expects that they will be finalised for submission to the Department of Environmental Affairs (DEA) in December.

“DEA will review the documents and provide comments, after which the final documents will be made available for a four‐week period of public review. If no valid objections are received, DEA will then grant authorisation of the Environmental Approval,” it said Mmamabula West infill drilling programme and project update.

African Energy has committed to an infill core drilling program designed to upgrade a portion of the currently defined Indicated Resource to a Measured Resource.

Eight infill holes for a total of approximately 1,200m will be drilled in the shallowest part of the coal deposit around the area of the proposed decline from the pre‐feasibility study.

The drilling programme should commence within two weeks, and is due for completion in December.

This Measured Resource will form the initial basis for subsequent bankable feasibility studies on coal mining and coal processing for a mine supplying fuel for up to 600MW of power generation.

Analysis of large diameter coal core has been completed and is being used to develop a preliminary fuel specification for each of the K‐Seam and A‐Seam, and for a blended fuel from both seams.

Provisional fuel specifications are expected to be available before the end of December.

The fuel specifications derived from each coal seam will assist with the development of the design of the power station, particularly the selection of boiler technology and sizing of ash handling systems.

The fuel specifications will also be used in subsequent bankable feasibility studies to help optimise mining schedules and coal processing flowsheets to meet the fuel requirements of a 600MW power station.

An application for Land Rights covering approximately 64km2 in the southeast corner of the Project has been submitted to the Lentsweletau Sub Land Board.

African Energy advises that recent negotiations with a South African development partner have been suspended pending further discussions with Eskom and South Africa’s Department of Energy on cross‐border power supply. Discussions between African Energy and the developer remain ongoing on a non‐exclusive basis.

African Energy will continue to sole fund and develop the Mmamabula West project in its own right whilst it continues to discuss project level partnerships with potential co‐developers.