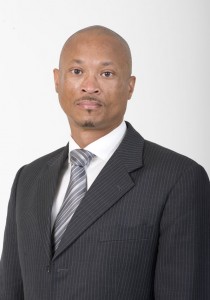 First National Bank of Botswana announced the appointment of Steven Bogatsu as the Chief Executive Officer of FNB Swaziland effective 3rd June 2013. Steven assumed the position of Chief Financial Officer of First National Bank of Botswana in 2007. During his tenure, he executed his role diligently ensuring that the Bank’s Finance department runs like a well oiled machine. He was part of the FNB Botswana team that doubled the balance sheet from P7.2 billion to P14.2 billion and  grew the profit before tax from P300 million to P730 million between 2007 and 2012.

During his tenure, the FNBB 2010 Annual Report was awarded “Winner” for the best published Corporate Report and Accounts in the Financial Service Sector category. The FNBB 2012 Annual Report won the “Winner” and “Overall Winner” in the entire competition by the PriceWaterHouseCoopers. Steven was part of the team that ensured that these Annual Reports were prepared in accordance with best practice of corporate governance and also in accordance with financial standards observing transparency, highlighting sustainability and corporate social responsibility.

In 2012, Steven decided to expand his banking horizons and became Director of Product Houses, responsible for Property Finance, WesBank, Credit Card, International Trade and Custody. Steven’s contribution to the leadership of the Bank over the last 7 years has been impressive, delivering growth and developing a clear forward strategy with a strong portfolio of new opportunities.

Steve exports to Swaziland a wealth of experience having worked at Ernst & Young, Kgalagadi Breweries as an Internal Auditor, Management Accountant and Project Accountant, Barclays Africa as a Finance & Business analyst and Stanbic Bank Botswana as Chief Financial Officer.

Alongside his banking career, Steven holds directorship position in several boards including Local Enterprise Authority, Botswana Medical Aid and Med Rescue International. Steve is a fellow member of Association of Certified Chartered Accountants and holds a Masters of Science in Strategic Management from the University of Derby.

Commenting on the appointment, FNB Botswana CEO Lorato Boakgomo-Ntakhwana said;“I am very proud of this product of Botswana whom I know will be carrying the Botswana flag very high, showing the Swaziland team the caliber of people we have. On behalf of the Board and Staff, I wish to thank Steven for his contribution to the growth of FNB Botswana and we wish him all the best as he embarks on this new journey. I would also like to take this opportunity to congratulate Steven on this appointment and welcome him to the FNB Africa Subsidiaries’ CEO’s Club.”