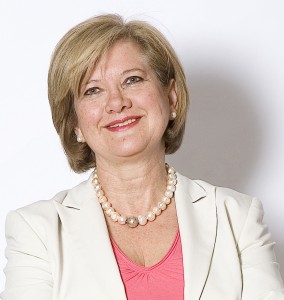 Standard Bank Group has been acknowledged by the Financial Times as the Sustainable Bank of the Year award for Africa and Middle East. The announcement was made at a function in London on 13 June 2013.The FT/IFC Sustainable Finance Awards, now in their eighth year, have established themselves as the world’s leading awards for environmentally and socially responsible banking and investment. IFC is a member of the World Bank Group.

The 2013 awards attracted a record 254 entries from 164 financial institutions and 57 non-financial groups in 61 countries. The awards were presented at a special dinner in London attended by around 200 senior decision-makers in finance and sustainability.

Speaking after receiving the award on behalf of Standard Bank, Karin Ireton, Head of Sustainability Management at Standard Bank said they are delighted to be in the company of other leading thinkers in this field and see it as a reinforcement of our efforts to embed sustainability thinking and practice into the heart of our business.

“We address our own operational footprint which is significant given our operations across Africa and major capital markets, as well as using the leverage we have through our lending.  The past year was marked by major renewable energy funding successes and a demonstration that these projects are appealing to commercial banks where the regulatory environment works. We recognise that many of these global sustainability issues require partnerships and collaboration, which is part of our way of work.”

“This year’s short-listed entries were among the most diverse we have had, particularly in the areas of technology and inclusive business. The winners really are leading the way in their respective fields and we congratulate them,” said Martin Dickson, US Managing Editor of the Financial Times and co-chair of the awards judging panel.

“I’m excited that these awards provide us with the opportunity to continue to identify and reward the most innovative companies committed to leadership in sustainability as well as those dedicated to serving and integrating the economic base of the pyramid. The winners are finding transformational and profitable ways that are both replicable and scalable to help improve the lives of millions around the world,” said Nena Stoiljkovic, IFC Vice President, Business Advisory Services.