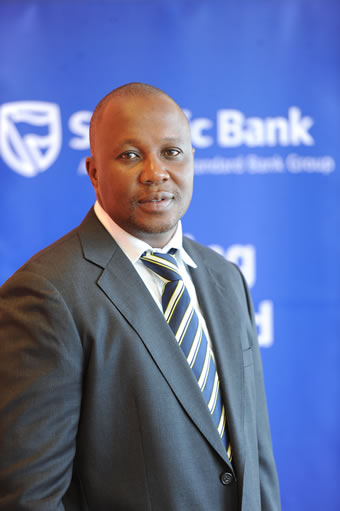 Standard Bank, parent of Stanbic Bank Botswana, has been named Best Investment Bank in Africa, as well as the Best Bank in South Africa, by prestigious international finance magazine Euromoney. The awards were presented last night at the 2013 Euromoney Awards for Excellence function in London.

Regarded as the benchmark awards for financial services globally, the Euromoney Awards for Excellence are now in their 23rd year. This year’s awards process began in April, attracting over 600 submissions from the world’s banks and brokerage houses. Euromoney’s dedicated research team and awards panel then rated all the submissions on both quantitative and qualitative factors such as key performance indicators, financial ratios and innovation over the 12 month period, to decide the category award winners.

Mr David Munro, Chief Executive of Standard Bank Corporate and Investment Banking said, “Winning these awards is particularly significant as it is an acknowledgement of our commitment to our clients as they grow in and across Africa. Our clients are at the heart of everything that we do. We have a unique footprint and physical presence across Africa, global connectivity to serve Africa, unique sector expertise and a talented and experienced team, all of which reinforce our position as the leading financial services organisation on the continent.

“Our presence and experience across sub-Saharan Africa, our specialisation in natural resources, and our ability to connect African markets to each other and to China, Brazil, the Middle East and the developed world’s pools of capital, combined with a strong reputation and product expertise, afford Standard Bank a unique competitive position to build long-term and well co-ordinated client relationships.”

In recognising Standard Bank for the Best Investment Bank in Africa award, Euromoney Editor Clive Horwood highlighted how “the bank has benefited from its expansion in Africa, pushing it ahead of the competition. It has a clear advantage in South Africa, where it is the biggest bank by assets. And it already transacts an extraordinary quantity and quality of deals further north too. In addition, Standard Bank remains perhaps the most prominent international book-runner on local-currency bonds across Africa.

“Standard Bank’s African capital markets franchise similarly posts an outstanding mix of both South African and non-South African deals, particularly in equity Standard Bank further remains perhaps the most prominent international book-runner on local-currency bonds across Africa, both in South Africa for firms like Mercedes Benz and Macquarie, as well as in markets like Mauritius, Mozambique, and above all Nigeria.

“The South African group was book-runner on two of the biggest naira bond deals of the year, including the N80 billion seven-year bond for Lagos State, which was the largest issuance ever by a Nigerian State or sub-national.”

The latest Euromoney awards add to Standard Bank Group’s list of accolades already received so far in 2013. These include winning 11 ‘EMEA Finance Achievement’ awards; the ‘African Deal of the Year’ award for Konkola Copper Mines financing in the 2013 Project Finance Deal of the Year Awards; ‘Commercial Deal of the Year’ in the 2013 Trade & Forfaiting Review Deals of the Year for arranging finance for commodities trader Export Trading Group; and being named ‘Best Trade Finance Bank in Africa’ by Global Finance.

Stanbic Bank and the Rotary Club of Gaborone FIGHT MALARIA