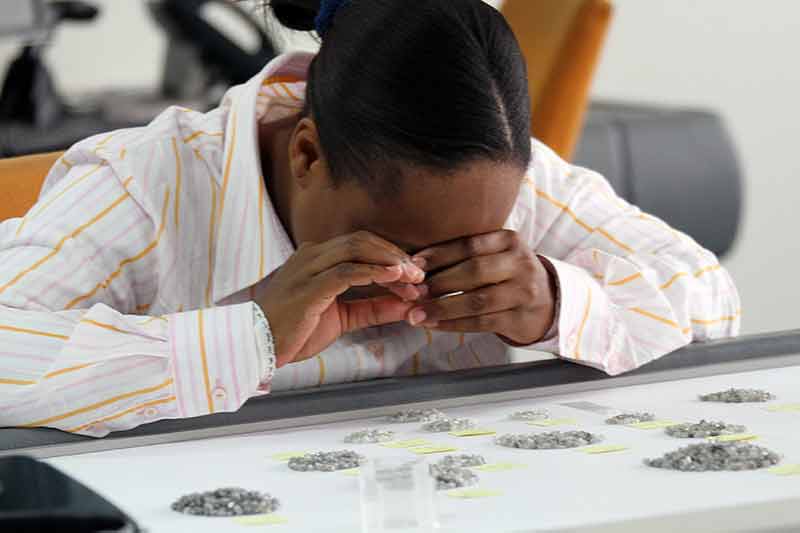 “Mining continues to be the largest contributor to GDP. Its contribution to GDP stands at 21.5 percent in the third quarter of 2014 followed by Trade, Hotels & Restaurants and General Government at 15.6 and 14.9 percent respectively,” said Statistics Botswana.

According to the statistics body, the estimated GDP at current prices for the third quarter of 2014 was P34 377.3 million compared to a revised level of P36 121.7 million registered in the second quarter of 2014.

On the other hand, it added that Real Gross Domestic Product (GDP) went up by 5.4 percent in the third quarter of 2014 compared to 6.9 percent accrued in the same quarter in 2013.

At industry level, most of the increase was attributed to Trade, Hotels & Restaurants, Mining and Finance & Business services sectors which increased by 7.8 ,7.4 and 6.9 percent respectively. All other sectors recorded a positive growth of at least 1.4 percent over the period. The exception is Water & Electricity which recorded a decrease of 57.3 percent.

“The increase in real value added of the mining sector was attributed to diamond production which registered a growth of 14.7 percent,” it said.

“The increase was primarily due to a strong performance at Jwaneng mine, where higher grade carats were produced. The growth of the mining sector was offset by the copper/nickel industry which realised a negative growth of 52.1 percent because there was no production for the whole month of July, and the beginning of August due to the smelter outage.”

According to Statistics Botswana, there was a significant decrease in the value added by the Water and Electricity sector after a positive growth of 31.6 percent realized in the second quarter of the year under review.

“The sector recorded a decrease of 57.3 percent in the third quarter of 2014 compared to an increase of 61.2 percent recorded in the same quarter of the previous year. The decline is largely from the Electricity sector which has been contributing negatively to the economy since the first quarter of 2012 due to a substantial increase in intermediate consumption but the exception was only in the second quarter of 2014 where electricity contributed positively.”

The P11 billion Morupule B Power Project is still struggling to produce the 600 MW that was promised at the end of 2012. There are reports government wants to change contractors and bring in experienced companies.