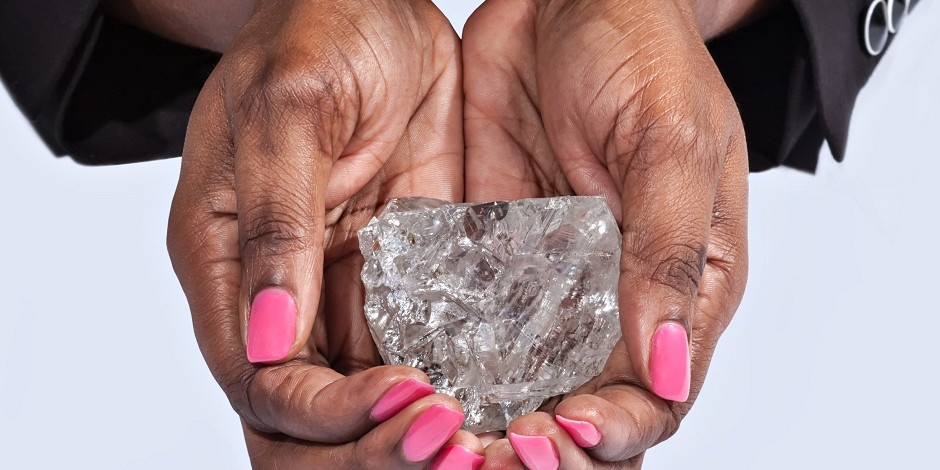 Lucara Diamond Corp said Thembani Moitlhobogi has won the contest to name the 1,111 carat gem quality diamond recovered in at its Karowe mine in Botswana in November, 2015. The diamond has been named “Lesedi La Rona” which means Our Light. This symbolises the pride and history of the people of Botswana, according to company CEO, William Lamb.

Moitlhobogi will receive a prize of P25,000 following a contest that was open to all Botswana citizens including the company’s Batswana employees.

“The outpouring of pride and patriotism shown by all the participants in the contest was incredible, Lamb said.

”The diamond industry has played a vital role in the country’s development, allowing for significant and ongoing investment in world-class healthcare, education and infrastructure.”Lesedi La Rona” symbolises the pride and history of the people of Botswana.”

Lucara Diamond on January 18, 2016 launched a competition to name this spectacular Type IIa diamond, the biggest diamond ever recovered in Botswana and the second largest ever found in the world. Entrants were invited to submit their suggested name and their rationale for their choice. More than 11,000 entries were received.

“To ensure transparency and independence during the name selection process, the audit firm of Ernst & Young were retained to oversee the competition. The judging panel consisted of a total of five executives from both Lucara and the Karowe mine. Entries were submitted to the judging panel on an anonymous basis with Ernst & Young retrieving the winner’s name after the panel had selected the winning name for the diamond,” said Lucara.

The historic find that originated from the south lobe of Karowe Mine, is the world’s second largest gem quality diamond ever recovered and the largest ever to be recovered through a modern processing facility. It is yet to be valued although market estimates suggest it could fetch over US$60 million—with a number of suitors showing interest in the stone.