Botswana’s total exports have almost halved as trade in diamonds continues to falter, according to latest figures by Statistics Botswana. The agency’s International merchandise trade Statistics Monthly Digest for July showed that total exports were valued at P5, 101.9 million, which showed a decrease of 40.0% (P3, 396.9 million) from the June 2016 revised value of P8, 498.8 million. 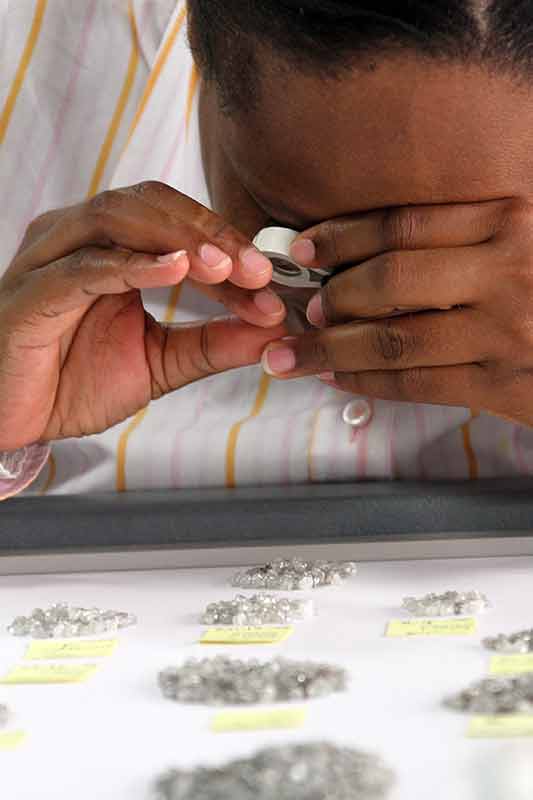 Diamonds that are mainly mined by Debswana Diamond Company continues to dominate exports even if sales have declined over the years as global economy continues to face tough times. Of all total exports, diamonds accounted for 85.7% or P4, 373.0 million.

On the other hand, fuel contributed 12.6 percent% (P665.2 million) while Food, Beverages & Tobacco made a contribution of 10.8% (P569.4 million) to total imports during the month under review.

The increase in import value in this case is mainly due to the high value of Chemicals & Rubber Products imports during the current period, having increased by 62.3 percent (P302.4 million) from P485.3 million during July 2015 to P787.7 million in July 2016.

Meanwhile, Botswana recorded a trade deficit of P175.9 million in July 2016. This means that the country imported, in value, more during July 2016 as compared to the value of exports during the same month.