The Provisional Liquidator of BCL Mine, Nigel Dixon-Warren has commenced the payouts of terminal benefits for ex-miners following closure of operations. The process started on 30th November 2016 and is planned to run until 16th December 2016. 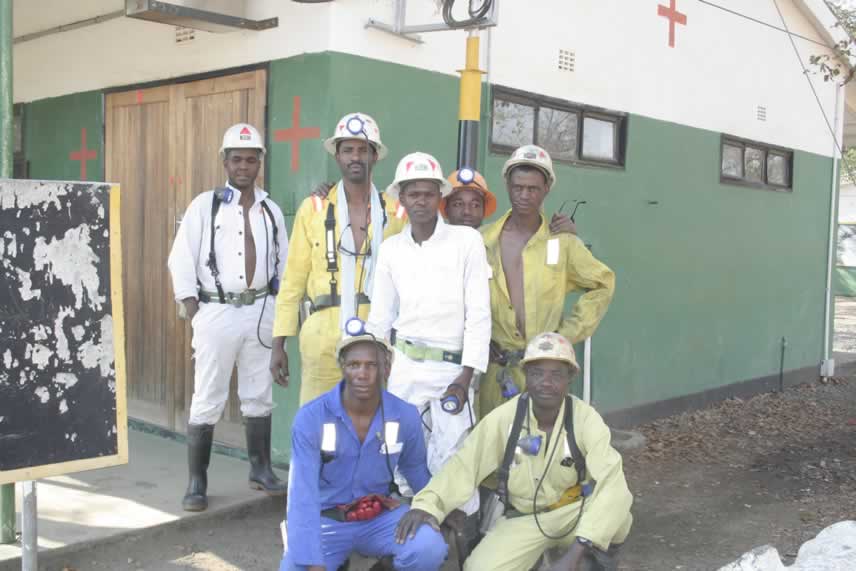 The liquidator said employees who were in the employ of BCL and Tati Nickel mines at the date of liquidation being 9th October 2016 have a claim against the estate for their terminal benefits and are invited to come and sign-off their benefits so as to enable payments.

The terminal benefits have been calculated as per the clarifications provided by the Provisional Liquidator with deductions made as required by law or agreed by individuals, he added.

“Former employees will receive individual notifications of the dates on which they should come for the signing-off process, which will be done at Area 2- Makhubu for BCL and Francistown Rec Club for Tati Nickel, from 0800Hrs to 1700Hrs. To ensure an efficient process, former employees are strongly encouraged to come on the dates communicated to them and to ensure that they bring their proof of identity (Omang) and proof of notification (SMS received),” he said.

“As previously communicated, individuals should ensure that they should complete their exit medical examinations as scheduled as failure to do so may lead to delayed payments.

The Provisional Liquidator is making arrangements to expedite the process for those who have not yet gone for their exit medical examinations and the affected individuals will be communicated to, accordingly.”

Meanwhile, Dixon-Warren reminded former employees to return company property (eg. IT equipment, office keys etc) if they have not done so yet and individuals who reside in company houses are reminded to safeguard company property and keep it in good condition.

“Where former employees have made third-party arrangements (eg. Lending institutions like banks), individuals are advised to bring along the consent letters as may be necessary.”

BCL Limited, which owns Tati and BCL mines, has been placed under provisional liquidation in a bid to protect the state-owned company from the wrath of creditors. The copper/ nickel miner has been a loss entity for many years but government took a political not a business decision to keep it running in order to prevent the collapse of the Selebi-Phikwe and its environs. The latest move has put around 7000 people out of work and impacted on the economies of Selebi-Phikwe and Francistown. It is said that about P700 million has been set aside for payments of the benefits.

Botswana Total Exports Down 40.0% In July

Norilsk To Take BCL Mine To Court Over Nkomati Mine Deal