Minergy, the Botswana Stock Exchange (BSE) listed coal mining and trading company, has released results for the year ended 30 June 2018. While Minergy is still in the development and exploration phase, with the results reflecting expenditure and investment in capex typical of this, substantial progress has been made towards full operational status, boosted by the granting of a mining licence post year-end. The company had also invested in infrastructure during the year, including offices in Medie and Lentsweletau in addition to its head office in Gaborone.

Minergy CEO, Andre Bojé, said the company was pleased to report such satisfactory progress, which had been significantly boosted post year end by the granting of a mining license, with works now underway. He added that the period included a full 12 months, in contrast to the six to eight months recorded in the company’s maiden results in 2017. 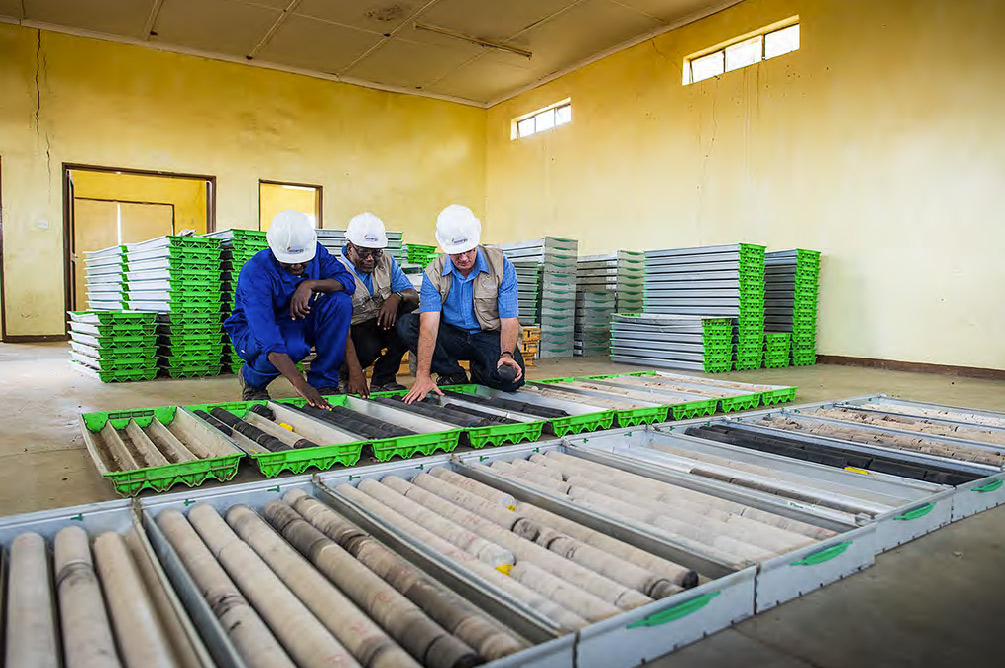 Minergy is making progress at Masama

“Expenditure relates mainly to the holding company such as salaries, listing and statutory related costs, as well as salary and office costs of our subsidiary, Minergy Coal (Pty) Ltd.” Bojé noted that costs related to the AIM listing had been included in the results, whilst a once-off IFRS 2 share-based payment expense of BWP10 million was included in the prior period’s results.

“The group invested surplus funds into short-term South African Rand denominated investments, as well as local Pula investments. The former yielded higher returns than the equivalent Pula investment and as a result, the group benefited from favourable exchange rates in late 2017 into 2018. Interest earned for the period was a pleasing BWP1.6 million, which allowed for further preservation of the group’s cash and cash equivalents, which amounted to BWP55.9 million at the period end. Most of this will be expensed during the first half of the 2019 financial year on capitalised expenditure, specifically mine development.”

He noted that an additional share issue, which had been approved by shareholders at the AGM, had raised additional capital of P26.9 million. No dividends have been distributed to date, with cash being utilised to ensure operations are in place.

Bojé said that the mining license had marked a significant milestone for the company. “We are now able to break ground and invite contractors to start work immediately as well as to actively engage the local communities about job creation and upliftment programmes, including improving the school and the clinic in the village closest to the mine, Medie, as well as bringing in electricity.”

The mining contract has been awarded to Jarcon, a joint venture between IPP, a South African company, and Giant Plant, a Botswana company. The Build-Own-Operate-Transfer contract for the washing plant has been awarded to Pentalin Processing. Contracts for the provision of site and bush clearing, civil works, power reticulation, water and waste management, road construction and weighbridges are also in various stages of appointment.

The granting of the licence further reduces the risk for any potential investors. “Given that Minergy is set to undertake a primary listing on AIM, the announcement provided the vital key to ensuring project viability, substantially underpinning the investment case. Unfortunately, due to the regulatory delays, the listing has been rescheduled to the first half of 2019.”

Bojé said that both Botswana and Minergy have a significant role to play in fulfilling the increased demand for coal, with four million tonnes of coal exported from South Africa to the African continent in 2016, which is forecast to rise to 38 million tonnes by 2030. The thermal coal price has also increased 33% over the past 18 months, making it one of the world’s top five highest-performing commodities.

“Investors looking to invest in coal have lots of opportunity now. The price of coal is rising, there is a deficit in supply and a strong demand, especially in the developing world, which is driving up the prices and keeping them high.  In my experience, there’s never been a better time to invest in coal.”

He concluded that with works now underway, Minergy is confident that its production milestone of January 2019 for the final commissioning of the mine will be met, with the first saleable product available in February 2019.