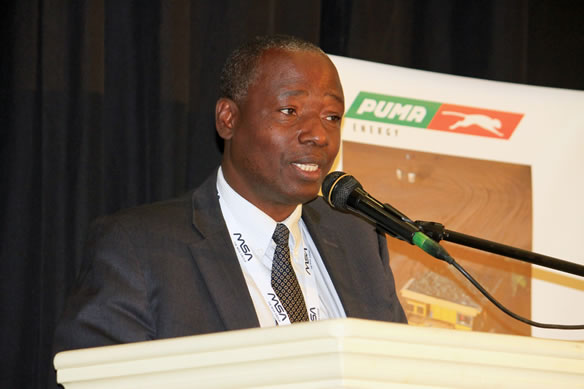 Botswana is desperate to diversify its economy away from the minerals sector, but the Chamber of Mines believes the industry will remain a key driver of the country’s GDP for many years to come.

The annual Resource Sector Conference was told that the world largest producer of gem diamonds will be looking to add value to its resources as it mulls conducting studies to see if beneficiation can happen outside diamonds.

“In the next four years, you will see a totally different scenario. If it was football, it will be like the World Cup,” Charles Siwawa, CEO of the Botswana Chamber of Mines said.

“Minerals will continue to play a significant role in driving the economy of Botswana in the foreseeable future”.

Botswana is looking at ways to derive value out of its resources and copy the success of diamond beneficiation where the realised value of exported diamonds rose by 45 percent between 2012-13.

As coal explorers scour for reserves in the eastern and northern parts of the country, Siwawa already sees opportunities beyond generation of power to the region. With coal reserve sitting at 200 billion tones and second only to South Africa, beneficiation can be achieved by generation of power to local markets and export to SADC.

The region has an installed capacity of 55GW and there is need to improve capacity. It is expected that the peak load will reach 77GW by 2020. “There is scope in Botswana to supply the region,” said Siwawa.

“We can also convert coal to liquid. It is not a rocket science. Other countries are doing it,” revealed Siwawa. “There are number of by-products; rather than producing coal and selling to the markets, we need to beneficiate”.

Siwawa told the conference there is a scope to refine copper in the country and perhaps the region. Botswana currently mines, smelts, but does not refine or fabricates its copper. “In essence smelting and refining will be the future of copper”.

“Studies will be conducted to ascertain feasibility of beneficiation in Botswana”. Siwawa was made aware that smelters and refineries do not make money themselves, but bleeds companies as they consumer large quantities of energy.

“I am not saying every mine should have a refinery. You could group the mines so that they benefit from economies of scales. We will be looking at studies to look if beneficiation is viable in Botswana,” revealed Siwawa.

Copper mines in Botswana include Discovery Metals, BCL and other emerging exploration companies. BCL smelts, but sends its matte to Zimbabwe and Norway for refinery.