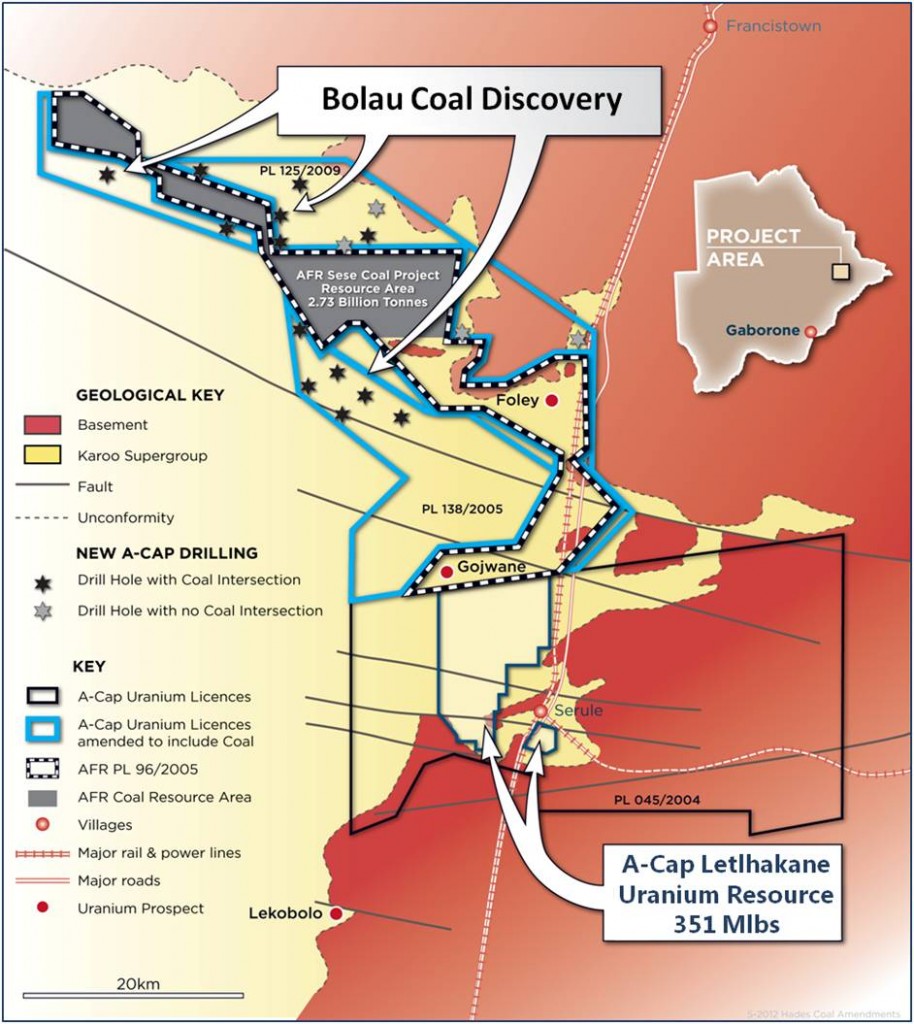 A-Cap Resources is on verge of being awarded a mining licence for its Letlhakane Uranium Project followed the approval of Environmental Impact Statement (EIS).

The approval was made by the Botswana Department of Environment Affairs (DEA) in accordance with Section 12 (1a) of the Botswana Environmental Assessment Act, No.10, of 2011.

“This is a major milestone for A-Cap and its -flagship Uranium project, with the EIS approval being an important requirement in securing a mining licence,”the company said.

A-Cap have conducted extensive work over the years, commencing in January 2009, in studying and identifying the overall environmental and social impacts associated with developing the first uranium mine in Botswana.

“The Board understands the leadership role carried by A-Cap, and has ensured that the highest standards have been adopted in preparing the EIS.”

The DEA confirmed on the 16th March 2016 that A-Cap’s EIS had adequately identified and assessed anticipated impacts associated with the project. Subsequently a four-week public review process commenced pursuant to the Environmental Act 2011. Public comments were received and assessed by the DEA, with formal approval granted on the 13th May 2016.