Botswana Stock Exchange (BSE)-listed Minergy Limited, a coal mining and trading company, has been granted a mining licence by the Ministry of Mineral Resources, Green Technology and Energy Security. This marks a significant milestone for the company, which listed on the BSE in April 2017, and is seeking a listing on the United Kingdom’s (UK’s) Alternative Investment Market (AIM) during 2019.

The award is later than the projected timeline of mid-2018 for the granting of the licence as announced when the company listed. However, this is a substantial step forward in terms of Minergy’s intention of focusing on delivering high-quality coal to the regional market, including Botswana and South Africa, and entering the international seaborne thermal coal export market. 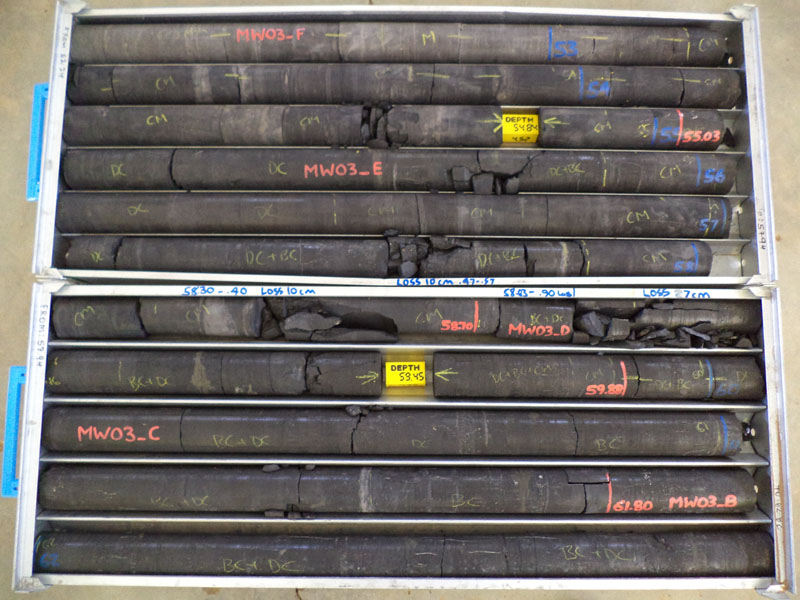 Minergy owns 100% of the 390Mt (million tonne) Masama Coal Project in the Mmambula Coalfield, in south west Botswana, 50km north of Gaborone. The open-cast, low-strip ratio mine has the potential to produce 2.4 Mtpa (metric tonnes per annum) of coal within a year after opening.

The granting of the mining licence follows the completion of a feasibility study and the authorisation of the Environmental Impact Statement by the Department of Environmental Affairs (DEA) in Botswana. Following dispensation from the DEA, certain pre-construction work has already commenced on site at Masama, allowing Minergy to have the final mine commissioning in January 2019, and producing its first saleable coal the following month.

According to CEO Andre Bojé, the award, whilst delayed, is a significant milestone in Minergy’s journey.  “The licence is critical for Minergy to continue as a business. This will be the first open-cast coal mining licence granted by the Government of Botswana, so the process was not without its challenges for both parties. However, Government was so confident in our economic model that we were never in doubt that these could be overcome.”

Bojé goes on to explain what the award of the licence means for Minergy. “Well, first and foremost, it immediately reduces the risk for any potential investors who view investments such as this, which often rely on regulatory discretion, as a key risk when investing; second, we can now go on site to break ground and invite contractors to start work; third, we can actively engage the local communities about job creation and a number of upliftment programmes, including improving the school and the clinic in the village closest to the mine, Medie, as well as bringing in electricity; and lastly, for management, the directors and all those directly involved in the project, it is just so exciting to finally get onto site and see the mining activity taking place,” said.

“Whilst the delay has brought the 2018 festive season into the equation moving first production and AIM listing timelines out, the license will truly enable us to reach our full potential with the Masama Coal Project, alongside our commitment to the development of the coal mining, marketing and distribution industry in Botswana. I reiterate what I said at our listing in Botswana last year – this marks the beginnings of a resurgence in the Botswana coal industry,” he added.

With Minergy looking to list on AIM, the sustained buoyancy in the coal market bodes well for the mine, and according to Bojé is set to continue well into the future, given global demand.  “During the past 18 months, thermal coal prices increased by 33%, making it one of the world’s top five highest-performing commodities.

“In 2016, four million tonnes of coal were exported from South Africa to the African continent, this is forecast to rise to 38 million tonnes by 2030. Botswana and Minergy both have a significant role to play in fulfilling that increase in demand. Investors looking to invest in coal have lots of opportunity at the moment; the price of coal is rising, there is a deficit in supply and a strong demand, especially in the developing world which is driving up the prices and keeping them high.  In my experience, there’s never been a better time to invest in coal,” he said.

“I have always been an advocate for coal power; it remains inexpensive compared to other energy sources and world-wide demand for the commodity remains high, given population demographics in fast-growing countries and regions such as India and China, as well as in Asia and Africa, the latter being where our geographic focus will initially lie.” With the award of the license and works now underway, Minergy is confident that its production milestone of January 2019 for the final commissioning of the mine will be met, with the first saleable product available in February 2019.