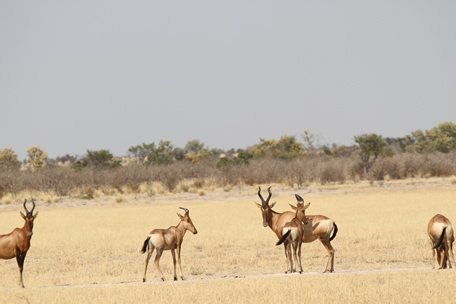 Survival International, the NGO fighting for the indigenous people’s rights around the world, says its lobby to have global tour operators boycott Botswana tourism is bearing fruit as two travel companies have suspended tours while others are worried over the treatment of Basarwa.

In a press release, the organisation pointed out that the move is a blow to the Botswana government, which has attempted to whitewash its image after it was condemned by several international bodies over its persecution of the last hunting ‘Bushmen’.

“Only weeks after Survival International called for a boycott of Botswana tourism, two travel companies have suspended their tours to the country and several others have expressed concern about the Botswana government’s continued persecution of the Bushmen,” boasted Stephen Corry’s organisation.

“The government is stopping the Bushmen from hunting and forces them to apply for permits to access their ancestral land in the Central Kalahari Game Reserve (CKGR).”

Tourism is a major player in the country’s economy as it generates about P3 billion annual and come second to mining.

Survival’s argument is that Botswana government has repeatedly acted unlawfully and unconstitutionally in its treatment of the Bushmen.

“Despite losing two court cases which confirmed the Bushmen’s right to live and hunt in the CKGR, it continues to persecute Bushmen for hunting – an activity essential for the tribe’s survival – and prevents hundreds of Bushmen from freely accessing the CKGR by forcing them to apply for permits,” it said.

“It’s an absolute scandal that the government uses the Bushmen’s ‘exotic’ culture to promote tourism, at the same time as it is actively pursuing a vicious campaign to wipe them out,” said Corry.

Botswana government admits to some ‘form of fracking’ inside CKGR