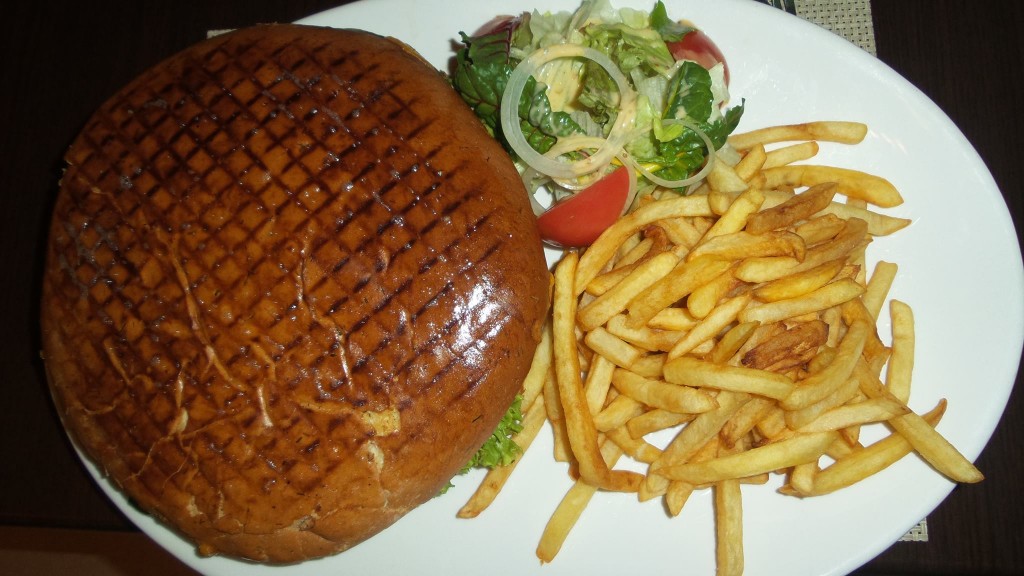 The One and Only burger

When you try your hand at winning your national lottery, wherever you may be, the odds are quite literally more than 1 in a million. Though some may proclaim to have an adept science in mind, a secret rule or equation hidden in those all elusive numbers, the bottom line remains: it comes down to luck. After all, isn’t that the very definition of how a gamble works?

Now add an element of sport to it. Suddenly, skill, discipline and a whole lot of bravado are needed. In most cases, anyway. But what about that seemingly murky territory that lies between? For those that like a challenge, but can’t run a mile to save their lives and would rather not be a lottery fatality. It’s a wide expanse of no-man’s land, to be sure. Fortunately, for those who want a bit of a challenge and are seeking a way to test their mettle at something that doesn’t demand months of intensive training or prayers to the powers that be, there’s a fun alternative.

We’ve all heard about the almost infamous One & Only Burger Challenge by now, Lansmore Masa Square’s Wednesday challenge to all. Complete a burger weighing in at well over 1kilo, unaided and within 30 minutes or less, and you have your meal comped, as well as being able to take home bragging rights and P1,000. Well, things just got a little more real. Lansmore’s going all in and rolling over the prize money each week that a champion isn’t named.
The One & Only Burger comprises of a 1kg pure Botswana ground beef patty, lettuce, tomato, gherkins, grilled pineapple, cheddar cheese and a creamy blue cheese and mushroom sauce. For every week the prize money is not claimed, that P1,000 is carried over to the subsequent week. So within each month, if nobody’s completed the challenge, there’s potentially up to P5,000 to be won. Let’s just put it this way, your odds are better than if you played the lottery, and aside from a bit of stretching, you won’t need to train. We don’t think.

The One & Only Challenge takes place every Wednesday as part of the Lansmore “Burgers From Around the World” menu. Guests are in for an added challenge through the Espretto bottomless burger offering. Guests who complete a burger on the “Burgers From Around the World” unaided and in one sitting are eligible for each subsequent burger free of charge.