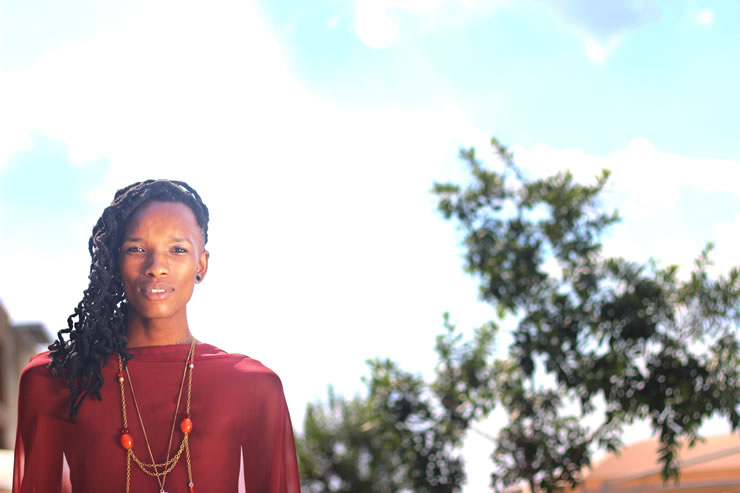 Motswana ARTivist Katlego Kolanyane-Kesupile has joined the ranks of the best youth leaders in the Commonwealth by virtue of being named a Highly-Commended Runner Up in the 2015 Queen’s Young Leaders Awards.

The awards governed by The Queen Elizabeth Diamond Jubilee Trust in collaboration with The Royal Commonwealth Society were founded in 2014 to celebrate and honour young leaders from within the 53 Commonwealth member states.

The award selection committee short-listed over 2000 candidates worldwide to enter the final stages to see who would be named the 60 award recipients, and who would receive the notable, Highly Commended Runner Up mentions. Of the 69 young Africans noted in both categories this year, Botswana is represented by two young leaders, setting a historical milestone as they are the first Batswana to be honoured. Moitshepi Matsheng, co-founder of Young 1ove, won the prestigious award with Kolanyane-Kesupile being one of 48 Africans receiving the equally competitive Runner Up honour as well.

Kolanyane-Kesupile, who is the Director of the media and cultural export company Kat Kai Kol-Kes International, is by no means a stranger to hard work and has paved the way for many young Batswana artists within the country and across many borders through her activism.

She was named a 2013/14 Brand Botswana “Best of Botswana” honouree in the field of Performing Arts alongside songbird, Samantha Mogwe. This year she was noted as a Centre for African Cultural Excellence Writivist – a select community of African writers who are noted for their leadership and command in diverse genres of literature. However, Kolanyane-Kesupile says she is “just another Motswana trying to live up to the standard set by my country’s founding fathers.”

Kolanyane-Kesupile is the 2015/16 Curator of the Global Shapers Community Gaborone Hub, making her the first Transgender person worldwide to serve in this capacity in the esteemed World Economic Forum initiative for young leaders.

She has also made history in other spheres; from being the first Motswana to join the prestigious, academic, USA-based Mellon Mays Undergraduate Fellowship whilst studying Dramatic Arts at the University of the Witwatersrand, to being the first Motswana to perform independently in the Contemporary Music Festival at the Grahamstown National Arts Festival in South Africa.

Earlier this year she was nominated for the African Feather of the Year Award as one of 7 African LGBTQI activists making an impact on the continent by the Chevrolet sponsored Feather Awards in Johannesburg. On receiving the Highly Commended Runner Up mention, Kolanyane-Kesupile says “to some people I am in second place; but to me, I have harvested the fruits of my tireless labour and this will fuel me to continue striving to do my best for myself and sexual and gender minorities in my country.”

The award is not monetary but focused on enriching the leadership qualities of the honourees. Whereas Matsheng will travel to the UK to receive her award from the Queen, both Matsheng and Kolanyane-Kesupile will enter an exclusive online leadership training programme with the University of Cambridge as well as having access to some world leaders as mentors.