Developers commissioned just under 47GW of onshore wind turbines globally in 2017, with four manufacturers accounting for 53% of the machines deployed. The four were Denmark’s Vestas, Spain’s Siemens Gamesa, China’s Goldwind and General Electric of the U.S.

The latest authoritative figures from Bloomberg New Energy Finance (BNEF) show that Vestas – number one in 2016 – maintained the top spot, with 7.7GW of its onshore turbines commissioned, equivalent to a global market share of 16%. The statistics draw on BNEF’s global database of utility-scale wind projects and extensive information from the industry. 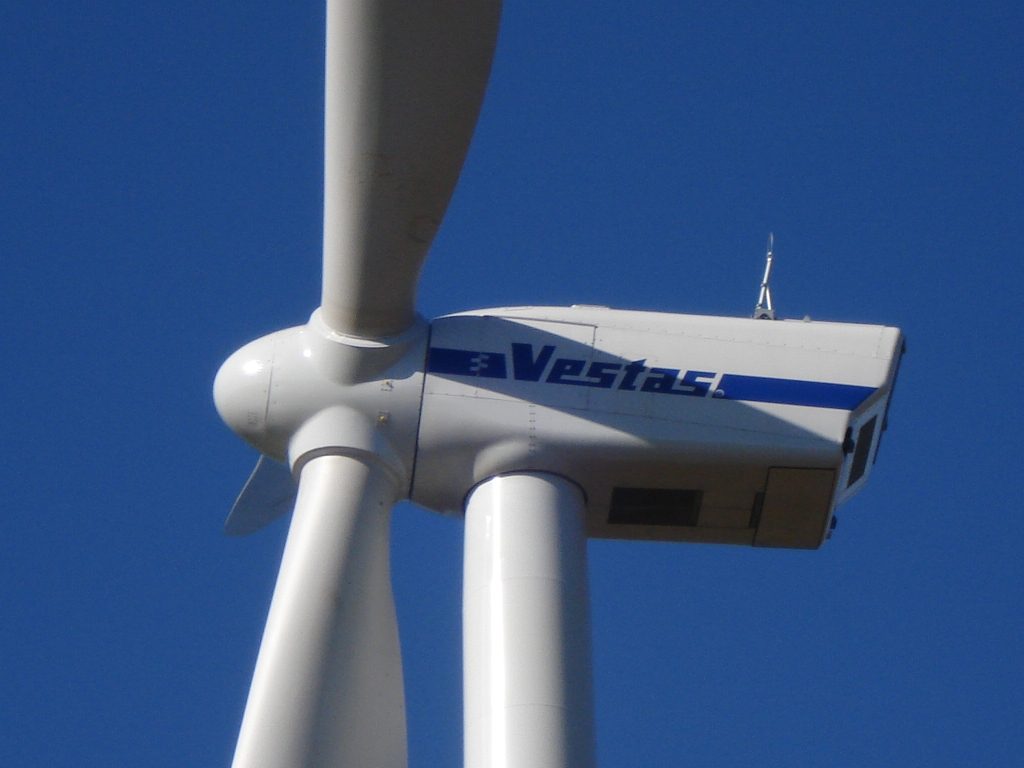 Siemens Gamesa, formed in 2016 from a merger of the wind business of German engineering giant Siemens and the Spanish turbine maker Gamesa, came second in onshore turbines, with 6.8GW commissioned. It lifted its market share from the 11% that its two predecessor companies held in 2016, to 15% last year. Goldwind saw 5.4GW commissioned and GE 4.9GW, equivalent to market shares of 11% and 10%, respectively.

Tom Harries, senior wind analyst at BNEF and lead author of the report, Global Wind Turbine Market Shares, said: “In 2017, quite a bit of distance opened up between GE in fourth place and the fifth-placed manufacturer, Germany’s Enercon, with 3.1GW. Six other turbine makers, from Europe and China, had between 1GW and 3GW commissioned last year.

“In offshore wind, it was a very different story, with Siemens Gamesa continuing to be by far the biggest supplier globally, with 2.7GW commissioned, and other players such as Sewind of China, MHI Vestas and Senvion of Germany back at around half a gigawatt each,” he added.

There are some stark differences between the big manufacturers in terms of their regional footprint. More than 90% of Goldwind’s commissioned turbines, for instance, were in projects in China in 2017, while almost all of Enercon’s went online in Europe. General Electric was much stronger in the Americas than elsewhere, while Vestas and Siemens Gamesa saw significant commissioning of their onshore devices in all three regions – Europe, Middle East and Africa, the Americas and Asia-Oceania.

The capacity of onshore wind turbines commissioned in 2017 was 12% down from 2016’s total of 53.1GW. Bloomberg New Energy Finance puts this down to a slowdown in China and predicts a rebound to 55GW in 2018, as the Chinese market returns to growth and Latin America continues its expansion.

Albert Cheung, head of analysis at BNEF, commented: “We’ve seen a wave of mergers in the wind turbine manufacturing industry in the last few years, including the Siemens-Gamesa deal and Nordex’s takeover of Acciona Windpower. With a large number of small players outside the Big Four, it would be no surprise to see further consolidation.”