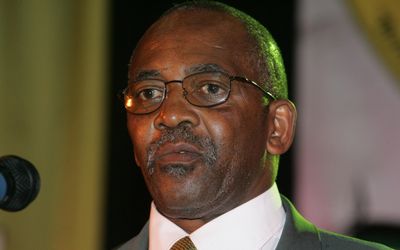 Eskom says its board chairperson Zola Tsotsi has resigned from the troubled state underpinned corporation.

The state owned South African power utility stated that after much deliberation its board has accepted the presentation made by Tsotsi after which there was a “constructive discussion about charting a way forward for the power utility.”

It was then following this discussion that he agreed to step down as a Director and Chairperson of the Board. Speaking after the meeting, Tsotsi indicated that the board had unity of purpose and that his decision to step down was in the interest of the company and the country and was done in order to allow the board to focus on the core issues facing Eskom.

“This step, the board believes, will ensure that the Eskom can focus on the challenges facing it and sets the company on a new path to regain the confidence of all stakeholders concerned in ensuring the important work of meeting the energy needs of the country,” Eskom said.

Speaking on behalf of the board, Acting Chairperson Dr Ben Ngubane thanked Tsotsi for the selfless decision he has taken in placing the interests of the company and the nation first. Dr Ngubane also thanked Tsotsi for his valuable service to Eskom over the years and wished him well in his future endeavours.

Recently, Eskom resolved to suspend four of its senior executives, including the Chief Executive, Tshediso Matona after the announcement of an independent inquiry on the current status of the business and its challenges.

The other executives who have been asked to step down while the inquiry gets underway are Tsholofelo Molefe (Finance Director), Dan Marokane (Group Capital) and Matshela Koko (Commercial and Technology).

Matona has since challenged his suspension in court and lost.