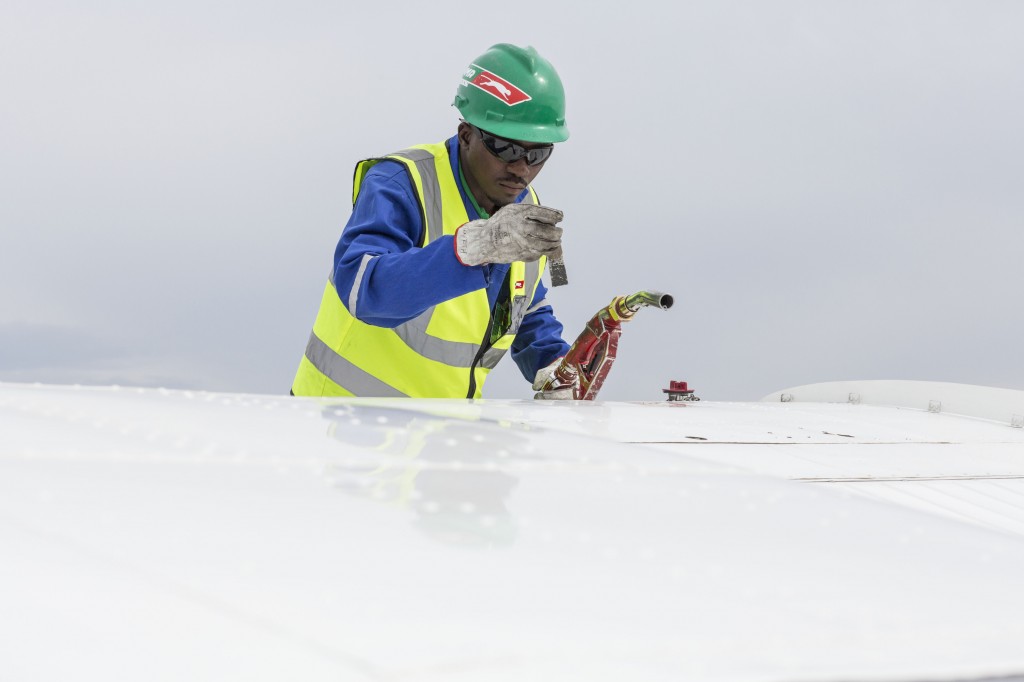 Puma Energy’s aviation services once again demonstrated the value of its product offering and quality assurance when it fuelled the Boeing 757 the first of its Kind at Maun International Airport.

“This was our first 757 to refuel and it went without a glitch, our equipment being right and we had discussions with staff before arrival. The main problems we faced were not fuelling but logistical and we were determined to show all that Maun Airport as a whole could manage an aircraft of this size,” said Mervyn Palmer, Puma Energy’s Refueling Agent.

With an enhanced capacity and four kerbside fuelling pump stations that can fuel up seven aircraft simultaneously, the storage capacity is strengthened by two 20 cubic metres Jet A-1 and one 10 cubic metre Avgas refuellers, which bring the total capacity to 206 and 176 cubic metres for Jet A-1 and Avgas respectively.

This is a major development in Puma’s aviation operations. Puma Energy operates in four of Botswana’s airports; Sir Seretse Khama International Airport in Gaborone, Maun, Francistown and Kasane. Maun and Kasane airports in the northern part of the country play a vital role in providing air transport service for tourism in the Okavango Delta and Chobe area.

Recently, Puma Energy’s aviation fuel depot at the Sir Seretse Khama International Airport refueled unscheduled international flights that had been diverted from OR Tambo due to bad weather conditions.

Botswana Position On Burning Of Ivory