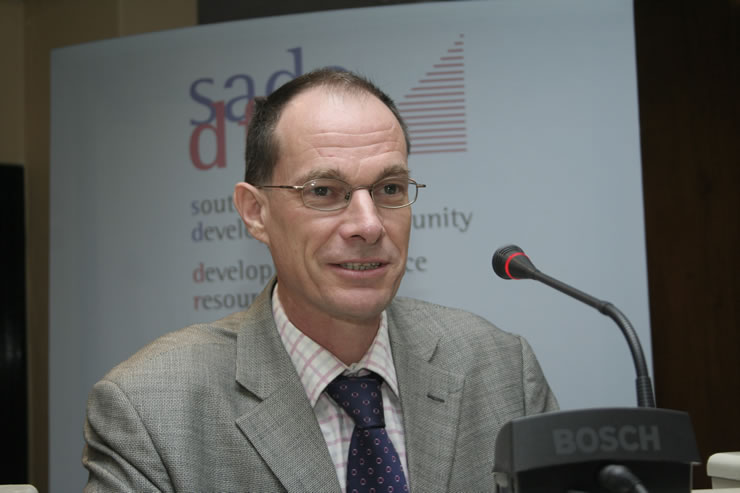 Botswana has got one of the best minerals policies in the world with a number of mining players speaking highly of it, but as time passes experts have suggested for it to be fine tuned.

Local economist Keith Jefferis said at the Connecting Resources and Society conference held in Gaborone from 23 – 24 November 2015 that on the positive side, Botswana has a good rating not only in Africa but also internationally.

However, he bemoaned that the level of understanding of the policy could be limited among Batswana. “When you talk to people in the mining sector, they are happy with the legislative framework in terms of statute and application of it,” he stated.

He added that the taxation is constant and laid out in the Minerals Act also revealing that revenue derived from minerals is invested in people, while beneficiation is “encouraged and not forced on investors”.

Despite all these, Minerals Policy needs to move with time as it has also been realised that the policy is misunderstood.

“The level of understanding of the Minerals Policy is low,” Jefferis said giving an example of the recent discovery of a large diamond by Lucara Diamond, a private company that operates Karowe mine in the Orapa area.

The 1,111 carat gem quality, Type IIa diamond is the world’s second largest gem quality diamond ever recovered and the largest ever to be recovered through a modern processing facility.

The recovery of the stone that measured 65mm x 56mm x 40mm brought excitement among many Batswana while others asked a number of questions on the social media including Facebook, which showed the level of understanding of the Minerals Policy is limited.

Government has an option to purchase a 15% stake in a mining operation when a mining licence is granted, according to Minerals Act. Over the years, government had only benefited from the royalties and taxes and left independent companies to operate the mines.

It is only in De Beers and BCL Limited where government owns substantial stakes as the two companies are the lifeblood of the economy.

According to De Beers, in 2014 its partnership with Botswana, through direct, indirect and induced impacts; generated more than US$4 billion of value to the Botswana economy, which is equivalent to more than 25 per cent of GDP – double that of the entire wholesale and retail sectors, contributed thousands of jobs in Botswana and spent around US$6 million on more than half a million hours of training for its employees.

Equally, De Beers’ relocation of its multi-billion dollar international sales operation from London to Botswana contributed more than $400 million to GDP, along with an increase in jobs and supply chain spend.

“Some of the policies are behind time,” he argued giving an example that Botswana is still not a member of some of the international extractive societies. Jefferis is also surprised that large corporations like Debswana do not publish their financial statements.

“We need to do better on the transparency side,” he argued. Another state owned company that does not publish its financial statements is the Okavango Diamond Company. ODC is a rough diamond distribution company owned by Botswana government. Debswana is owned 50/ 50 by government and De Beers.

The conference was organised by Chatham House, a world-leading independent policy institute, and is hosted jointly by The De Beers Group of Companies and the Ministry of Minerals, Energy and Water Resources.

The Role Of Renewable Power In Meeting Africa’s Energy Needs