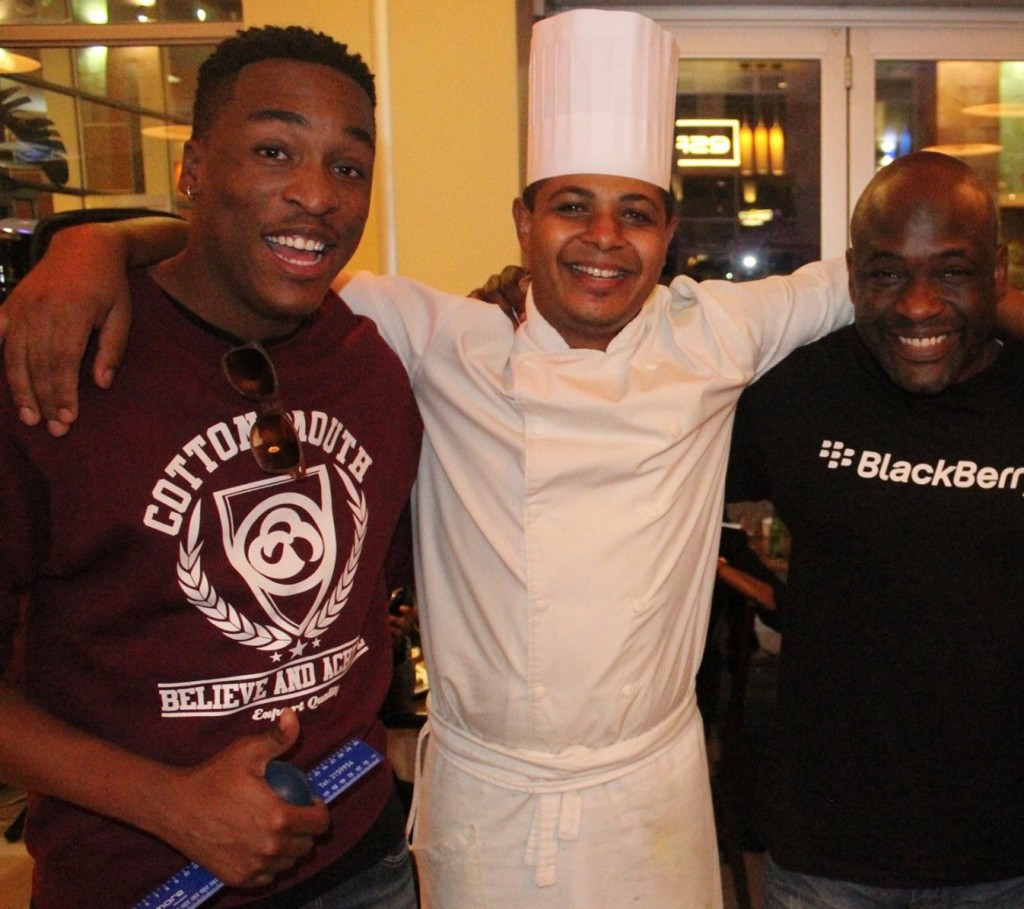 Yarona FM and Gabz FM went head to head in the form of the ultimate burger eat-off – The One & Only burger challenge – at Espretto, Lansmore Masa Square, last night. Yarona FM’s Velile “Mdu” Madzwamuse managed to get one above Gabz FM’s Simba Mudereri by a narrow 100g as the two battled it out for the title of The One & Only champion.

With a bevy of cheerers in his corner, Mdu dove straight in to devour the 1kg pure Botswana beef ground patty, while his competitor opted for an entirely different strategy.

Before patrons of the restaurant and hotel eager to get a glimpse at the cause of the excitement, Lansmore Executive Chef, Rico Carlinsky, set the timer to mark out the 30 minutes as per the hotel’s challenge rules.

“Weighing in at an impressive 2.2kg, the meal, in its entirety, is a force to be reckoned with. You never quite realise how difficult a challenge it is until you’re a third of the way in and it feels as though the clock’s being would forward,” Carlinsky, said.

“A great effort from the guys and we’re glad they gave it their all, even if The One & Only remains the undefeated champion!”

Typically, as part of the Espretto Burgers From Around the World Menu, patrons able to single-handedly devour the burger and its sides in 30 minutes or less get the P250 meal on the house. The One & Only Burger of a 1kg ground beef patty, lettuce, tomato, gherkins, grilled pineapple, cheddar cheese and a creamy blue cheese and mushroom sauce.

While the two media men were not able to complete the culinary beast within the allotted time, Mdu proved to have made his way through more of the meal, as the scales revealed. His efforts saw him rewarded with a free weekend for two at Lansmore, courtesy of Hotel Management. That and, of course, bragging rights for life.

Kalahari Wine Tasting Festival is Back