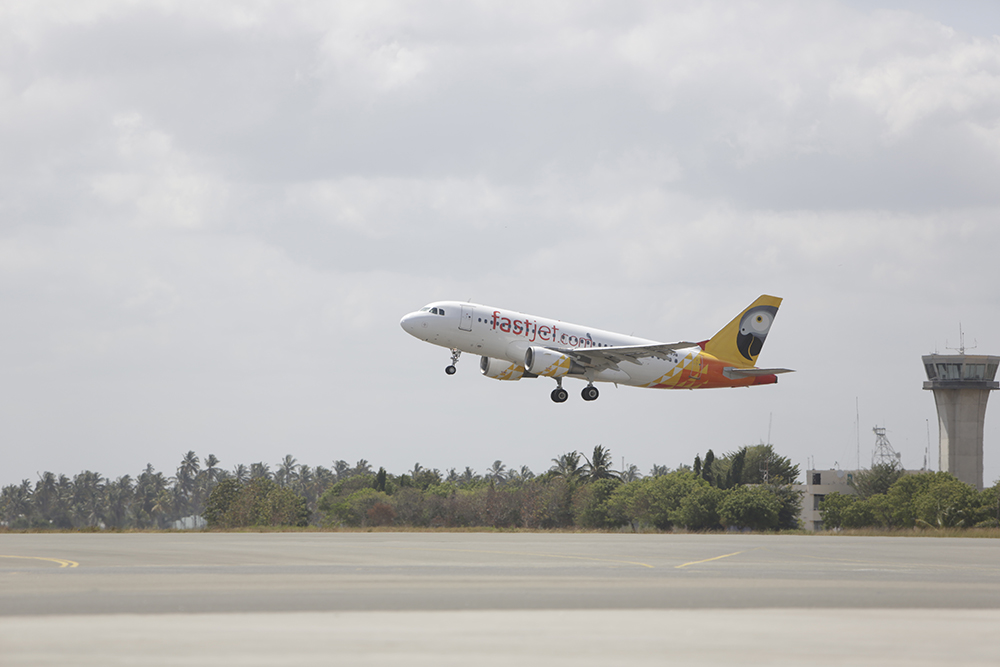 fastjet Tanzania’s first flight between Dar es Salaam in Tanzania and Lilongwe in Malawi has taken off, marking the launch of the low-cost airline’s sixth international route in Africa.

The Dar es Salaam – Lilongwe flights will initially operate twice a week on Mondays and Fridays, using the airline’s modern Airbus A319 jet aircraft with seating for up to 156 passengers. fastjet Tanzania expects to add more capacity to this route as demand for its safe, quick, affordable and on-time service increases.

Tickets for flights with fastjet are on sale starting from US$50 one-way, excluding taxes, with the promise that the earlier the booking is made, the lower the fare will be. This compares favourably with other carriers on the route that charge upwards of $300, plus taxes. The journey by road between the two cities takes at least 21 hours, travelling 1,520km around Lake Malawi.

“Until now, it has been prohibitively expensive to fly between Lilongwe and Dar es Salaam,” says Jimmy Kibati, fastjet Tanzania’s General Manager for East Africa. “We believe that affordable fares on a direct route between the two cities will make it possible for more people in Malawi and Tanzania to experience the safety and convenience of air travel. We have worked closely with the governments of these two magnificent countries to establish this route, as we all agree that it will strengthen the trade, tourism and business sectors.”

fastjet will be offering its ‘Freighty’ luggage option that allows passengers to transport up to 80kg of checked in bags, as well as its ‘Smart Class’ fares, which include pre-booked premium seat selection, increased baggage allowance of 32kg and the ability to change flight dates.

“We expect Freighty to be popular with traders flying to purchase wholesale produce internationally to transport back to their home markets for resale, as fastjet’s low fares support their businesses by reducing their overall procurement costs,” says Kibati. “Low-cost air travel stimulates economies in a number of ways, and we’re excited to contribute to economic growth in the countries we operate in.”