AIM-listed Alecto Minerals plc has revealed that production is now ongoing on a full-time basis at the Mowana Copper Mine in Botswana following completion of the first blast on April 29, 2017 and a successful trial period, which saw the company produce saleable concentrate up to 28% copper. To date, over 1,900 tonnes of copper concentrate has been produced, which is being sold to Alecto’s offtake partner Fujax Minerals and Energy Limited. 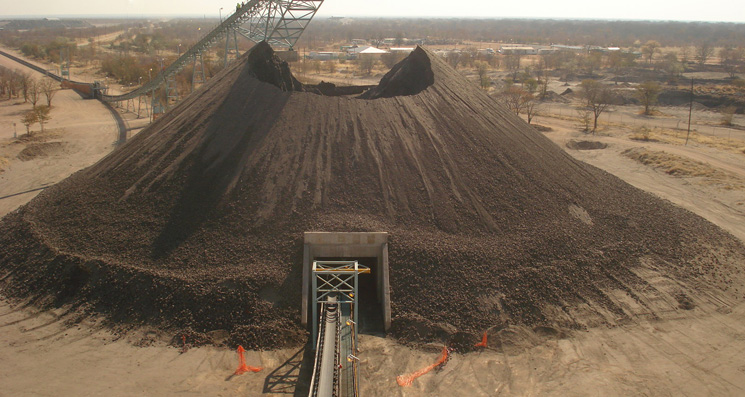 Mowana mine (Pic By senet.co.za)

The company said it continued to advance the acquisition of the project by way of a reverse takeover adding that the Competent Persons Report (CPR) on Alecto’s African assets and the producing Mowana mine has now been completed by Wardell Armstrong International, representing an important milestone towards the publication of the admission document required to enable Alecto to recommence trading on AIM.

The CPR reports a current resource of circa 172Mt at 0.84% Cu, of which 26Mt sits within two existing pre-stripped 350 metre-deep pits. These pits represent the main areas of current operation. Allowing for an element of overlap in the original modelling on which the CPR is based, the company estimates the resource at 162Mt at 0.84% Cu (equating to 481kt Cu in the Measured and Indicated categories and a732 kt Cu in the Inferred).

The company intends to ramp up to an annualised rate of 12,000 tonnes Cu in Q3 2017. Production costs are expected to average US$1.5/ lb over the mine life based on an average metallurgical recovery of 91%. The CPR reports an NPV of US$87.5 million for the initial 12,000 tonnes Cu production scenario based on an average copper price of US$2.8/ lb at a discount rate of 10%.

Alecto CEO Mark Jones said Mowana is now a full-time copper production operation and they look forward to gaining ownership of the Project subject to shareholder approval at which point, we believe, our company will benefit from a significant value re-rating.

“Once effected, we will have taken control of a significant asset which has been subject to more than US$150 million of investment in the past for an acquisition price of approximately US$10 million,” Jones said.

“We are delighted that the CPR demonstrates the compelling economics of our project even without the installation of a DMS, now that the asset is unencumbered by debt. Even better is that it starts to show the tremendous potential upside available using modern techniques identified by our experienced industry partners. As shareholders can see from our video, there is a hive of activity on site, and having already delivered on our stated operation objective, we look forward to providing further updates in the coming weeks.”

African Copper releases update for the 3rd Quarter of Fiscal 2014