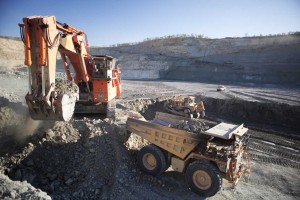 Gem Diamonds Limited has announced the sale of Ellendale Diamond Mine and provided an update on the status of the Letšeng expansion project, Project Kholo.
The company says it has entered into a share sale agreement to sell the Ellendale Diamond Mine in Western Australia to ASX listed company Goodrich Resources Limited. This represents the conclusion of the company’s strategic review of options for the Ellendale Mine that began in November 2011.

Under the conditional share sale agreement, Gem Diamonds will sell to Goodrich 100% of the shares in Gem Diamonds Australia Holdings Pty Limited (the owner of 100% of the Ellendale Mine through its wholly owned subsidiary, Kimberley Diamond Company NL (“Kimberley Diamonds”), together with the intercompany loans provided by Gem Diamonds, for a total cash consideration of AUD14.3 million.
The consideration comprises an upfront payment of AUD3.1 million with the balance of AUD11.2 million to be paid by Kimberley Diamonds in instalments over the 12 months following completion. In addition, Gem Diamonds will receive a further cash reimbursement for surplus working capital and agreed capital expenditure incurred between the signing of the share sale agreement and the effective date of 31 December 2012.

The transaction is expected to be completed in January 2013 and is conditional upon Goodrich completing its due diligence process, which must be completed prior to 31 December 2012.

As of 30 June 2012, the gross assets attributable to Ellendale were USD114.2 million and the profits attributable for the year ended 31 December 2011 were USD3.1 million. As a result of the share sale agreement which will not complete until the 2013 financial year, it is expected that Gem Diamonds will review the carrying value of Ellendale for the financial year ending 31 December 2012. The proceeds from the disposal are expected to be used for general corporate purposes.
Gem Diamonds says it continues to focus on the delivery of Project Kholo as a key strategic initiative to significantly expand production, maximise efficiencies and revenues and strengthen the Company’s position as a global leader in the supply of high quality diamonds to the market. Letšeng continues to produce some of the largest and highest quality diamonds in the world, underpinning the Company’s plans to enhance the value of the Letšeng mine through Project Kholo.

Project Kholo consists of a number of key work streams, all directed toward increasing revenues at Letšeng. Amongst other things this includes increasing ore throughput; improving diamond liberation; reducing diamond damage and increasing the amount of production available for cutting and polishing.

As noted in the Company’s Interim Management Statement issued on 12 November 2012, the Directors initiated a further review of the project scope and implementation time frame following the extension of the project’s development schedule that took place earlier this year. Given the challenging global economic conditions and associated impact on the rough, polished and retail diamond markets this decision was made in order to ensure that the Group has sufficient capital spend flexibility to maintain its strong balance sheet.

As a consequence of this review, at a recent Gem Diamonds Board meeting it was determined that, in order to provide growth within the Company, the main elements of Project Kholo would still be pursued but would be executed in the most appropriate manner given the current financial climate, with a view to reducing cash outflow in the short term.

In order to achieve this, and based on the work already undertaken in the feasibility study, the Company is in the process of re-evaluating how best the various sub-components of Project Kholo can be deployed to produce a more appropriate implementation plan for the next 2 to 3 years. This process has already commenced, with the approval for the replacement by the end of Q2 2013 of the secondary and tertiary crushers in the current Plants No 1 and 2 with more diamond friendly technology, in order to reduce diamond damage. It has now also been agreed to place the development of the third plant (being the major cost component of the original Project Kholo) on hold, while the Company concentrates on the other components at Project Kholo to increase revenue and achieve its growth objectives.

Further details on the revised production levels and waste stripping profiles as well as the revised Project Kholo options, timelines and costs will be provided at the Company’s 2012 results announcement on 12 March 2013.

Gem Diamonds CEO Clifford Elphick says: “The sale of Ellendale, at a value that we feel is appropriate given the relatively short life of mine of the E9 pipe, is consistent with our aim of refocusing our management and capital resources on our core assets and long term growth projects.”

“Management will now look to focus and prioritise its capital expenditure on unlocking value at the Letšeng mine and the development of the Ghaghoo mine in Botswana. The revisions to Project Kholo at Letšeng, as a result of the rescheduling of capex, allows Gem Diamonds to execute the project in a more appropriate manner taking into consideration the current financial climate. We continue to see sound fundamentals supporting the long term strength of the diamond market which support our continued investment into our key growth projects.”