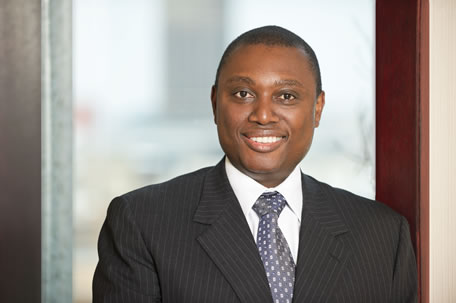 Standard Bank’s provision of USD 170 million in debt financing to help build a 118 Megawatt (MW) gas-fired power plant in Ressano Garcia, Mozambique, is the final piece in unlocking the complete gas-to-power value chain in development across Mozambique. Standard Bank, Africa’s biggest lender by assets and market value acted as sole mandated lead arranger to Gigawatt, a Mozambican company that was awarded a gas power generation concession by the country’s Government which is expected to supply power to the capital city of Maputo. The project will supply approximately 12% of Mozambique’s total power demand upon completion.  This will help reduce the country’s reliance on neighbouring South Africa, which currently supplies the bulk of the electricity needs of the nation’s capital by wheeling the electricity generated in Northern Mozambique through South Africa and then on to Maputo given the limited transmission network in Mozambique.

“The Gigawatt transaction not only demonstrates Standard Bank’s commitment to Mozambique but also underscores the role that financing can play in helping resource-rich countries benefit from their own natural resources,” said Mr Ronaldo Toledo, Head Investment Banking at Standard Bank Mozambique. “This deal is the culmination of several other transactions that have been put in place over a number of years which will see gas extracted from the gas fields of northern Mozambique and transferred across the length of the country for the ultimate benefit of its people.”

As sole commercial lender, Standard Bank has been instrumental in helping to unlock the value in Mozambique’s natural gas reserves, participating in funding of several deals involving key strategic players in the country’s oil and gas and power and infrastructure sectors. This has seen more than USD540 million of debt extended to the Republic of Mozambique Pipeline Investments Company Limited (ROMPCO), an additional USD20 million of debt to the Matola Gas Company (MGC) and USD240 million of debt to an unincorporated joint venture consisting of Sasol Petroleum Temane Limitada (SPT), which sources gas from Sasol’s fields in Mozambique’s Temane/Pande region.

Gigawatt has also signed a long-term Power Purchase Agreement with state power company, Electricidade de Moçambique (EDM) which plans to use all the power generated by the project domestically. The transaction, which was funded with 75% senior debt and 5% subordinateddebt with a door-to-door tenor of 12 years, reached financial close on 20 June 2014 and is the first project-financed Independent PowerProducer (IPP) initiative to reach financial close in Mozambique.

The Gigawatt plant will be constructed over an 18 month period through a joint venture between WBHO Construction and Parsons Brinkerhoff.Engines for the gas plant will be supplied by Rolls Royce and will be operated by TSK. Standard Bank also provided the forex and interestrate hedges, agency function and will act as account bank in Mozambique and South Africa.

“Standard Bank has been involved in each of these ongoing individual projects, ROMPCO, Matola Gas Company and SPT. Gigawatt is the concluding development, which is largely thanks to the rapid advancement of our Mozambican franchise,” said Mr Toledo.  “The Gigawatt deal also speaks to Standard Bank’s ongoing commitment to use its on-the-ground presence and expert capabilities across Africa to finance the development of power and infrastructure projects throughout the continent.”

Standard Bank’s research shows that demand for power in Mozambique, which reaches around 805MW at peak usage at present, is growing atroughly 14% per annum. Given the strong growth in demand, EDM has needed to import power from the region since 2011 to alleviate shortfalls in capacity. The southern African country is striving to boost its power generating capacity, particularly in the south of thecountry where its load centres are located, to reduce its reliance on neighbouring South Africa, which is also battling ongoing electricityshortages.