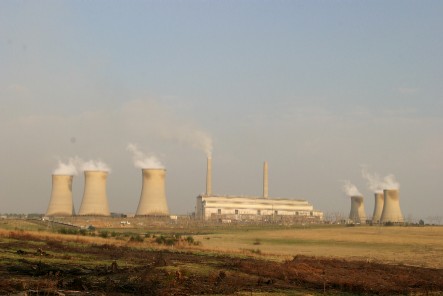 Eskom, the South Africa’s state power utility said it has declared a power emergency with large industrial customers, requiring them to
urgently reduce their electricity usage by 10% from 3pm to 8pm (November 23).

The corporation said in a media alert that the declaration of a power emergency follows in addition to the implementation of stage 2 of load
shedding earlier on Sunday (November 23).

It added that it was now following the protocol in terms of its emergency procedures in order to secure the power system.

“Due to loss of additional generating capacity, Eskom implemented stage 2 of load shedding at midday today and this will continue
until 10pm tonight.”

The risk of load shedding for tomorrow and Tuesday is medium to low.

This is owing to steady progress made in building reserves to limit the risk of load shedding next week. “Eskom calls on all electricity users to urgently switch off geysers, pool pumps and all non-essential appliances in order to allow the
power system to recover.”

Exxaro And Eskom Clash On Arnot Mine Contract