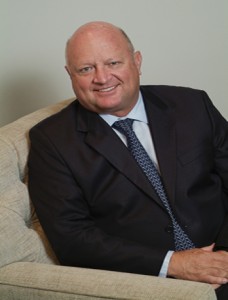 ICBC is Standard Bank’s single largest shareholder with which it has a 20% shareholding. The deal is innovatively structured to provide the funding out of rand money accruing to ICBC by virtue of that shareholding.

“This is an extremely significant transaction. It highlights Standard Bank’s commitment to the renewable energy sector and demonstrates the strength of the partnership between Standard Bank and ICBC, the world’s largest bank,” said Mr Kruger.

“Standard Bank and ICBC will jointly provide debt financing on a project finance basis to companies that are awarded Preferred Bidder status under the country’s Renewable Energy Independent Power Producer Procurement Programme. This will apply to projects where Standard Bank is or will be mandated as a lead arranger,” said Mr George Kotsovos, Head: Power and Infrastructure Finance at Standard Bank.

Standard Bank chose to take the lead in unlocking alternative sources of funding for renewable energy projects as it has been one of the leading players in the bidding process for renewable energy projects in both rounds of the bidding process so far. In the first round of renewable IPPs that were finalised last year, Standard Bank financed over R9 billion of debt funding, and in the second round it expects to fund R6 billion.

Mr Kotsovos says the imminent third round is expected to illicit further significant interest from developers and liquidity may soon become an issue, while ICBC’s involvement will help to reduce the pressure.

“It represents a further diversification of our sources of funding in addition to domestic asset managers, who are currently keen to invest in such projects. The renewable energy programme will require a large funding commitment and the more sources of available capital the better. The flexibility that these long-term sources of capital offer allows us to structure deals appropriately,” said Mr Kotsovos.