The Botswana mining industry has been called upon to strike a balance between job creation and protection for the environment. The Minister for Environment, Natural Resources, Conservation and Tourism, Tshekedi Khama said at an international conference on mining investment in Gaborone that Botswana has ensured that sustainable environment management forms a core part of all mining activities.  Khama added that government advocates for sustainable development and sustainable use of natural resources. 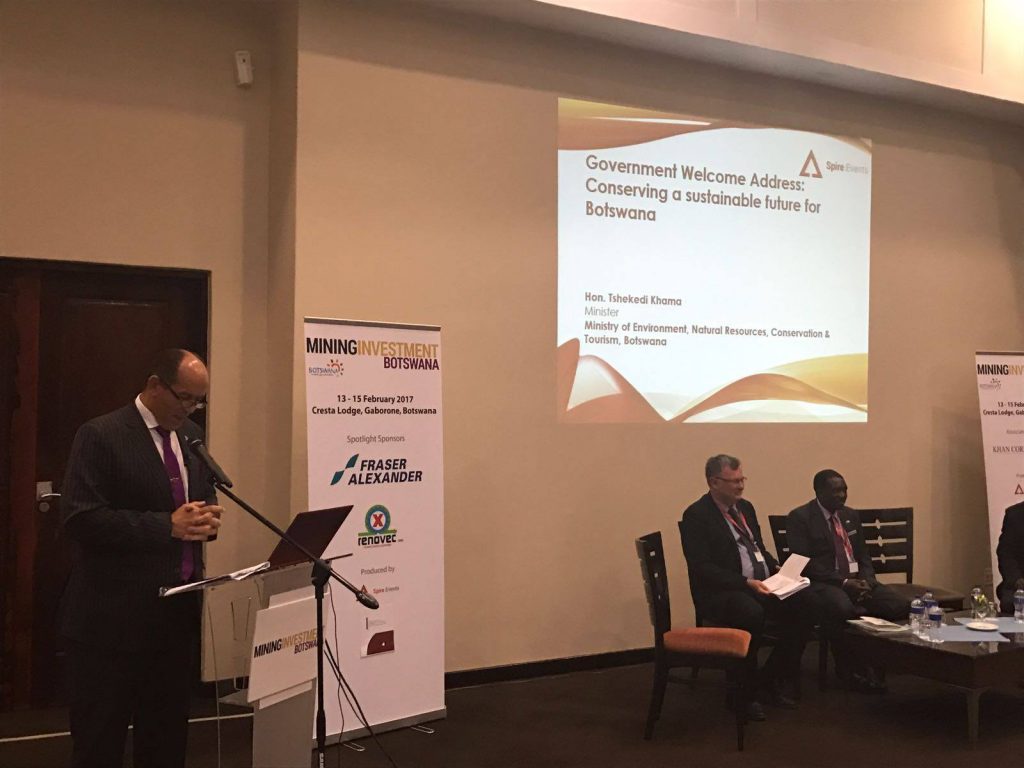 “We continue to do this through partnerships and engagements with the mining industry and importantly through implementation of Environmental Assessment Act,” he said. “The objective of this approach is to ensure that the impacts associated with mining development are managed accordingly and in a manner that is not detrimental to the environment.”

Botswana has often been scolded by investors about red tapes and bureaucratic delays that affect foreign direct investment inflow into the country. The diamond-rich country has fallen behind Namibia in Fraser Institute Annual Survey of Mining Companies because of some of these factors.

However, Botswana has showed improvements on the ratings for nearly all policy factors, most notably for the availability of labour and skills (+15 points), (less) uncertainty concerning the administration, interpretation, or enforcement of existing regulations (+14 points), and security (+11 points).

Khama said mining as an extractive industry is by its nature destructive adding that government’s view is that while mining drives economic development of many nations across the world, it must not be done at the detriment of the environment and its people. “As a country we believe it is necessary to have that balance for the sake of sustainability and ecosystem equilibrium instead of being driven by profitability as it seems to be the case in some instances elsewhere,” he told the conference. 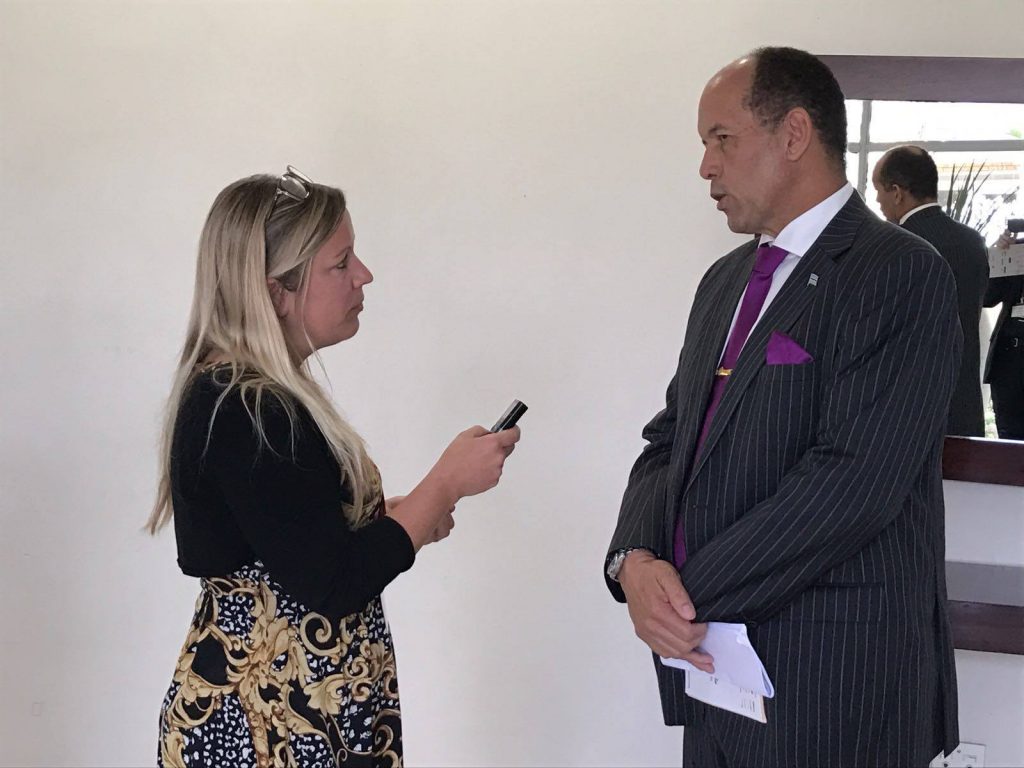 He advised that while government continues to maintain that philosophy, it was important for the mining industry to consider establishing a Fund that will contribute to mitigation effects of mining on the environment.

According to Khama, mining and tourism are natural resource based and therefore conservation and sustainability issues will always arise and hence the need for a balance. He revealed that government has prioritised tourism as an avenue through which the national economy can be diversified.

“As part of tourism product development and diversification drive, we are in the process of opening up some of our mines for purposes of tourism,” he said. There are already plans in motion to open up and strengthen the tourism contribution of Debswana’s Orapa, Letlhakane and Damtshaa mines through expansion of the Orapa Game Park under a project by the Orapa Today Boteti Tomorrow.

Meanwhile, Khama told the conference Botswana will not allow fracking in any form saying when they campaigned for The Okavango Delta to be listed as a World Heritage site, they pledged this method of mining will not take place in the area.

The Mining Investment Botswana, which is part of the Global Mining Investment Conference Series, is taking place in Gaborone, Botswana from 13 – 15 February 2017. The conference is a strategic global mining conference that connects miners, investors, government officials and service providers for networking, partnering and business matching opportunities.

Since its inception in Singapore in 2015, Mining Investment Conferences have successfully expanded beyond Asia to Panama, Oman and Nigeria with the same core objectives of highlighting mining investment opportunities in the host country and region as well as providing a networking, business matching and partnerships platform.