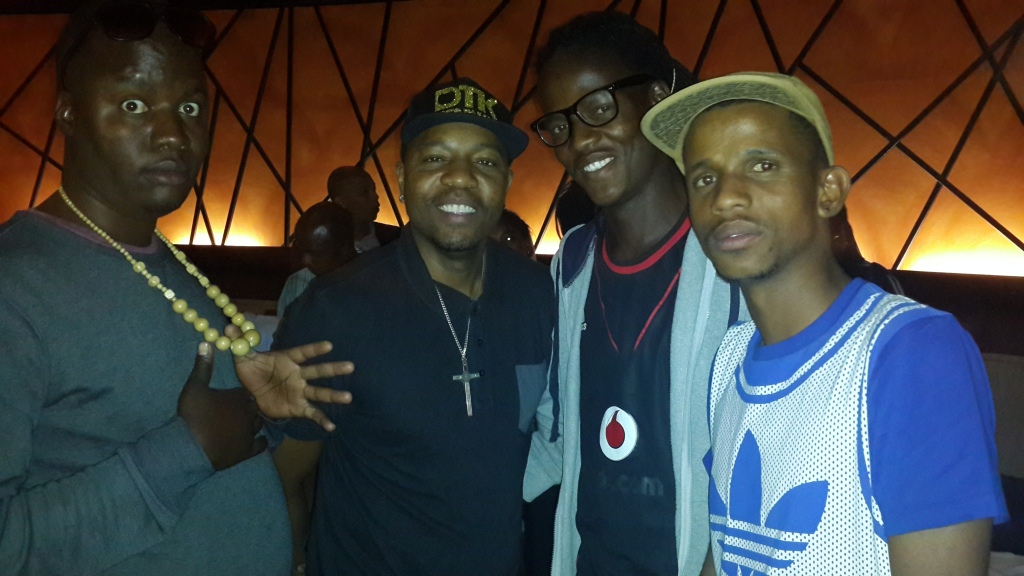 It is not often that upcoming comedians get to share a stage with well-established acts, more so in their own background. This past week marked an interesting time in the future of the local comedy industry as more and more of Botswana comedians are getting a break to display their talents on South African (SA) stages.

Having in the past taken Mod and Ribcracker to perform at the Mafikeng Comedy Jam alongside top SA comics, as well as Paps who dazzled Morula Sun in Pretoria, Oefile ‘Mawee’ Mokgware who mesmerized Rock The Mother Tongue in Johannesburg, it was time to introduce Tshabong based Odirile ‘Brooks’ and Elijah ‘Ouza’ Gaoakanyediwe from Maun to the competitive and lively SA market.

The comedians graced the monthly event themed ‘Tips and Friends’ that is held every first Tuesday at Rhapsodys in Sunnyside Pretoria. The event was well attended, and was even graced by A-List South African celebrities. The headliners for the show were top heavyweights Tall Ass Mo of Mo Love fame and Skhumbi from Taxi Ride while the host was Thapelo ‘Tips’ Seemise aka Shampoo. According Gaolathe Kediemetse of Major Moves Comedy, “The main aim is not only to bring top class comedians to our stages, but we have to export our talent to South Africa and other countries where they can experience different crowds. Experience is the best teacher, and we want to develop our comedians by getting them to perform on the best platforms with the best comics and ultimately be able to perform internationally frequently.”

Among the people who attended the event included top actress and presenter Boity, radio and TV sports anchor BBK, music artist Myza and sports TV presenter Thomas Mlambo. Brooks and Ouza proved they are a force to reckon with belting out witty and humorous punch lines that left the audience in stitches. “Brooks and Ouza have a great future in comedy if they can keep or even surpass this standard of performance. I was impressed when I saw them doing wonders while I was in Botswana early this year, hence I invited them to showcase their talent on our shores”, said Thapelo Tips. “Although it’s my first time to see them perform in SA, you can clearly see that the young men are truly talented. With time the boys will surely go places and I wish them well in their endeavors”, commented newspaper columnist, Metro FM and SABC1 sports anchor BBK.

Brooks is one of the nation’s most gifted comedians. The Tshabong based and two-time President Day Competition winner Brooks is clever and quick, thoughtful and aware, and he elevates stand-up comedy to the level of fine art. His funny, imaginative routines and good-humored jibes are perfect for any audience and for any event. His unique dry sense of humor, quick wit and intelligent comedy has made him one of the country’s most popular comedians and ensured that audiences are left in stitches wherever he goes. He will be touring the country on the 4th Annual All Star Comedy Tour.

Ouza is definitely one of the most fearlessly funny comics working today, raging on the absurd, ridiculous and unbelievable. Although he is based in Maun he has been able to perform constantly at the monthly Cresta President Hotel shows, at Gaborone Sun, at the annual BOTA Arts Awards and several corporate shows. Ouza brings clean, high energy, fun and clever comedy to every show he performs at. He will also be touring with some of the industry’s top comedians and was the 2nd runner up at the 2013 and 2014 President’s Day Comedy Competition.