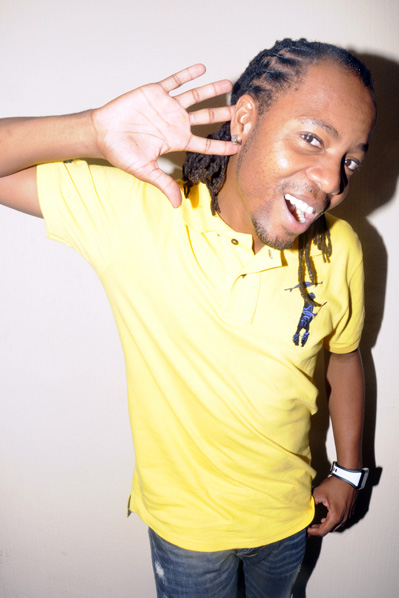 The Rail Park Comedy & Wine Night is bringing non-stop laughter and excitement to the palate in Gaborone on the 1st of May at Rail Park Mall Food Court area with Botswana and South Africa’s most funny and acclaimed stand-up comedians.

The audience will be treated to too much hilarity and great silliness from a variety of comics at the third comedy event to be held at the Rail Park Mall. The show promises fireworks as the mall is located in the heart of the city and thus is easily accessible to patrons who will experience top notch entertainment while having a chance to sample the world’s best wines.

In 2009 he was a Top 6 finalist on the second season of the SABC1 reality competition talent search ‘So You Think You’re Funny’. Since 2011 Shampoonizer as his fans call him has been a regular feature at the Blacks Only comedy festivals and in 2012 he landed a leading role in David Kau’s feature film Taxi Ride, which was spun off into a series that aired in 2013. Also in 2013, he was one of the featured comedians in the May edition of Comedy Central Presents Live at Parker’s, hosted by Kagiso Lediga.

The multi-talented entertainer is well versed as a professional dancer, choreographer, comedian and actor. He is also a singer and drummer for a church and community choir. Thapelo studied dance and choreography at South Africa’s leading contemporary dance school (Johannesburg Dance Foundation). He graduated from the Johannesburg Dance Foundation in 2006. He has in April 2015 toured the United States where he performed in comedy clubs in New York and Brooklyn and also met his childhood idol Chris Rock.

The supporting acts for the show are Augustus “Legusty” Mokgadi from Mochudi and Phenyo “The Master” Phaladi from Molepolole. Phenyo The Master is no stranger to comedy as he recently performed in Kasane and also impressed at the Heavyweight International Comedy Festival featuring Chester Missing. He brings clean, high energy, fun and clever comedy to the show. He has extensively toured with some of the industry’s top comedians and been featured on most Major Moves Comedy shows.

The show also presents first timers and oenophiles alike pure heaven savoring of some of the world’s best wines. With the event set in the food court area, patrons can enjoy their meals while getting to know the wine clarity, aroma, color and overall appearance, balance, acidity, structure, fruitiness and varietal typicity of the different wines presented by the Wine Master. The wine tasting which will be conducted by top notch wine experts surely brings an exciting perspective to the star studded event.

“In realisation that the Food court area lacks night activity; we came up with a solution to have a night activity that will keep the customers at the food court area entertained and also lure customers to the Food court area. This will be our third event, where we will host a standup comedy night featuring well known International performers as well as our very own local comedy giants, and this time around we have added a twist with wine tasting”, says Kagiso Taicu Makole from Rail Park Mall.

“The main aim really is to continue spreading awareness about our Food court as well as standup comedy as an alternative form of entertainment that is abundant in Botswana. But the ultimate goal is to also help local comedians turn their talent into a livelihood”, she added. Cresta President Hotel is the accommodation sponsor. The event will be held at the Rail Park Mall Food court and the event is slated for Friday 01 May 2015 at 8pm. Tickets for the Rail Park Mall Comedy & Wine Night are available at Webtickets & Spar outlets priced from P75 single and P100 double.