Toyota crews have notched up more victories than any other manufacturer on the Toyota Kalahari Botswana 1000 Desert Race, round three of this year’s South African Cross Country Series Auto championship, in Jwaneng from June 23 to 25. 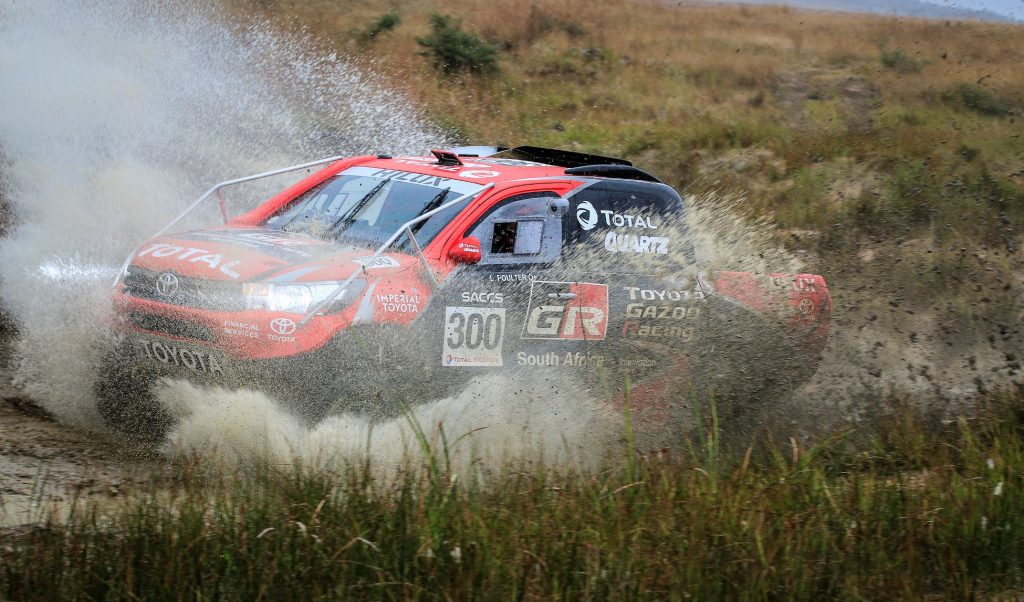 Toyota’s successes on the only marathon event on the SACCS calendar can, however, be split into two distinct eras. This year’s event is the 26th edition of the desert classic to be run in Botswana under the Toyota banner, with the first race in 1991 won by Klaus Degener and Derrick Pinnoy in a Chenowth.

Motorsport South Africa in 1992 decided to split the cross country championship, which up to then only made provision for an overall winner, into Special Vehicle and Production Vehicle categories with overall winners recognised in each category. This led a situation where, sandwiched in between two periods of clear cut dominance, there was an 11 year hiatus when Toyota must have despaired over when their next victory was coming in the biggest social and sporting event of the year in Botswana.

Between 1992 and 1999 Toyota won the Desert Race seven times in what can safely be called the Apie Reyneke/Robin Houghton era. After Kassie Coetzee and Richard Leeke set the ball rolling with wins in 1992/3, Reyneke won the race five times with Lukas Dreyer (1) and Robin Houghton (4) in Toyota Land Cruisers.
After four successive wins there was a blip on the Toyota radar when Neil Woolridge and Kenny Skjoldhammer won the 1996 race in a Mitsubishi Pajero. Normal Toyota service was resumed when Reyneke, who tragically lost his life in a helicopter accident in 2015, and Houghton reeled off three victories in a row between 1997 and 1999.

Woolridge and Skjoldhammer won again in 2000 and 2001, first in a Mitsubishi Pajero and then in a Ford, before Nissan reeled off eight wins in a row. Four of those wins came via Hannes Grobler, three of them were courtesy of Duncan Vos and the other from Alfie Cox who would make history as the only driver to win both the Production and Special Vehicle drivers’ championships.

Grobler’s four wins came with Leeke (3) and Francois Jordaan co-driving while Vos had Leeke, Louis Weichelt and Ralph Pitchford in the hot seat. Pitchford was alongside Cox when he won in 2005 but the record for the most number of Desert Race wins is held by Leeke with six successes.

Nissan’s eight wins were, ironically, under the wing of Toyota Motorsport’s guru Glynn Hall. But Toyota had two wait another two years for further success in Botswana.

First Grobler, who had built up a cult following among Botswana enthusiasts, won in 2010 with Hennie ter Stege to give the BMW X3 a surprise win. But Toyota’s agony was not yet over.
The 2011 race saw Anthony Taylor and Chris Birkin dominate proceedings for all but a few kilometres of the race. There was heartbreak for Taylor/Birkin and the Toyota camp, and the Desert Race had once again provided a sting in the tail, when a broken side shaft allowed Chris Visser and Japie Badenhorst, in a Ford TDCi, to slip into the lead.

After more than a decade of waiting in the wings Toyota finally got their win in 2012 when Vos, accompanied by co-driver Rob Howie, did the trick to launch an era that has been dominated by Anthony Taylor/Dennis Murphy and Leeroy Poulter and Rob Howie. Taylor got the Desert Race victory he deserved with Murphy in 2013 before the Desert Race format was changed to include two heats with 60 championship points there for the taking.

Taylor and Murphy won both heats in 2014 and in 2015 shared wins with Poulter and Howie. Then it was the turn of Poulter/Howie to win both heats in 2016 while the South African champions are heavy favourites to repeat the performance in this year’s race.

There will be restricted entry to race headquarters, the start/finish and the designated service park. These areas are all located at the Jwaneng Sports Club and adjacent show ground.
There will be free public entrance to spectator points along the route, and whether in the office or at home enthusiasts will be able to follow their favourite crews via the RallySafe app. RallySafe is compatible with iOS and Android operating systems, and can be downloaded free of charge and is user friendly with the progress of individual competitors tracked via maps, split times and results.