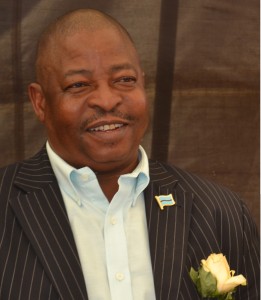 Botswana has been warned that a lot still has to be done although there has been improvement in the country’s rankings according to Global Competitiveness Report (GCR) for 2013-14.

The report showed that the diamond rich nation has moved up five (5) places from the previous year ranking of 79th (out of 144 countries) to 74th out of 148 countries.  This places the country in the 4th spot in the Sub-Saharan Africa region and 3rd position in the SADC region, behind Mauritius (45th) and South Africa (53rd).

Acting minister of Trade and Industry, Keletso Rakhudu, said although there is something to celebrate, the country is in danger being overtaken by competing economies.

“However, as we celebrate this improvement, we also need to note that a lot still needs to be done to further improve and sustain the country’s long term prospects for competitiveness,” Rakhudu said at the launch.

The improvement in Botswana’s ranking this year is largely due to the country’s sounder macroeconomic environment. Botswana is ranked 24th compared to 81st last year in this area. Government efforts to maintain a balanced budget have borne fruit as Government Budget Balance is ranked 25th, Gross National Savings 23rd and General Government Debt 16th.

In addition to the sounder macroeconomic environment, the country is ranked 34th for its relatively reliable and transparent institutions. Almost all the components under institutions were ranked 50th or better.

Despite the achievements, the country is still in the transition stage from factor-driven to an efficiency driven stage of development. This is partly explained by the continued reliance on primary exports and below-average performance in areas such as Goods Market Efficiency (92nd), Infrastructure (94th) including electricity supply (113th) and other infrastructure.

The country’s primary weakness, as in the last five (5) years, is related to the human resource base. Health and primary education (115th) and higher education and training (99th) still rank very low by international standards.

Technological Readiness (104th), Market Size (101st), Business Sophistication (102nd) and Innovation (102nd) are some of the components that the country needs to urgently attend to, as they adversely affect its overall ranking.

The report’s Global Competitiveness Index (GCI) places Switzerland at the top of the ranking for the fifth year running. Singapore and Finland remain in second and third positions respectively. Germany moves up two places (4th) and the United States reverses a four-year downward trend, climbing two places to fifth. Hong Kong SAR (7th) and Japan (9th) also close the gap on the most competitive economies, while Sweden (6th), the Netherlands (8th) and the United Kingdom (10th) fall.

The United States continues to be a world leader in bringing innovative products and services to market. Its rise in the ranking is down to a perceived improvement in the country’s financial market as well as greater confidence in its public institutions. However, serious concerns persist over its macroeconomic stability, which ranks 117 out of 148 economies.

In Europe, efforts to tackle public debt and avoid a break-up of the euro have taken the focus of addressing deeper competitiveness issues. Southern European economies such as Spain (35th), Italy (49th), Portugal (51st) and notably Greece (91st) all need to continue addressing weaknesses in the functioning and efficiency of their markets boost innovation and improve access to finance in order to help bridge the region’s competitiveness divide.

Among the Asian economies, Indonesia jumps to 38th, making it the most improved of the G20 economies since 2006, while Korea (25th) falls by six places.  Behind Singapore, Hong Kong SAR, Japan and Taiwan (China) (12th) all remain in the top 20. Developing Asian nations display very mixed performances and trends: Malaysia places 24th while countries such as Nepal (117th), Pakistan (133rd) and Timor-Leste (138th) are near the bottom of the ranking. Bhutan (109th), Lao PDR (81st) and Myanmar (139th) join the index for the first time.

In sub-Saharan Africa, Mauritius (45th) overtakes South Africa (53rd) as the region’s most competitive economy. These remain the only two economies from the region in the top half of the rankings, and with only eight countries in the region featuring in the top 100, profound efforts across the board are clearly needed to improve Africa’s competitiveness. Among low-income economies, Kenya makes the biggest improvement, rising by ten places to 96th position. Nigeria (120th) continues to be ranked low, highlighting the need for it to diversify its economy.

Despite robust economic growth in previous years, Latin America continues to suffer from low rates of productivity and the results show overall stagnation in competitiveness performance. Chile (34th) continues to lead the regional rankings ahead of Panama (40th), Costa Rica (54th) and Mexico (55th), which all remain relatively stable.

Botswana Ranked 4th In The Region On Competitiveness