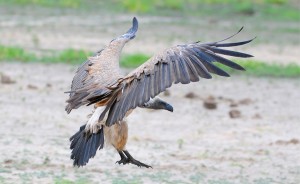 Birdlife Botswana says it will launch a new public campaign called “I want Botswana’s Vultures ALIVE – not DEAD”, in response to increasing vulture poisoning incidences, the latest of which killed an estimated 1,000 vultures.

This message will also be a wakeup call to the Ministry of Environment, Wildlife and Tourism and other anti-poaching agencies to help conservation societies in keeping Botswana’s tourism intact and extend their focus from elephant and rhino poaching to note that poisoning of vultures maybe linked to elephant poaching.

The organisation, which is a BirdLife International partner in Botswana & member of the World Conservation Union, said this is the message it wants all Batswana to take to heart, and help the organisation in its efforts to reverse the decline facing Botswana’s vultures.

Intentional and accidental poisoning are topmost threats to vultures in Botswana and over the years several incidences have been reported; for instance more than 250 were killed in Kwando (Ngamiland District) in May 2012.

A turning point in this crisis is that in July 2013, 400–600 dead vultures were found at a poisoned elephant carcass in Namibia’s Caprivi Strip.

BirdLife is concerned that the loss of between 400-600 birds in this single incident will affect populations in the entire sub-region, including Botswana and should act as a catalyst for further action at a number of levels.

“This was an intentional attempt by poachers, who laced the carcass with a chemical to kill vultures, because vultures congregate around carcasses and are therefore often used by law enforcers as an indication of poaching activity”, Dr Kabelo Senyatso, BirdLife Botswana’s Director said.

“Given that this occurred during the breeding season, many of these birds would have been breeding, thus the total death toll when one considers eggs and chicks would most likely exceed 1,000 birds. Many of these would undoubtedly be “Botswana’s birds” and thus as nation, we should be concerned about this development,” he added.

BirdLife says vultures play an extremely important role in nature. “They keep natural and man-made habitats free of carcasses, waste and even human excrement. This way, they limit the spread of diseases, such as anthrax and botulism, a rare disease that causes paralysis. In Botswana, as across much of Africa, they are also of cultural value to many communities, and they have an important eco-tourism value.”

In Botswana, BirdLife Botswana has identified three main routes through which vultures are poisoned, and the “I want Botswana’s Vultures ALIVE – not DEAD” campaign will ensure individuals, farmers, government agencies and private sector companies that may have intentionally or deliberately contributed to these threats are aware of the facts.

Firstly, there are some veterinary products and medicines that if given to livestock or wild animals prove toxic to vultures should vultures eat carcasses of such animals. BirdLife has advised if: “you are a veterinarian or farmer, contact BirdLife Botswana to obtain a list of products that have been shown to be toxic to vultures, and therefore should not be used. Fortunately, there are many safer alternatives already in the market”.

BirdLife said, secondly, when farmers try to retaliate against mammalian carnivores that have killed their livestock, many often lace carcasses with poisons, but in many incidences vultures locate the carcasses first and become unintentional victims of such poisonings; the worst case we have on record is when more than 110 vultures died near Lesoma in 2010. 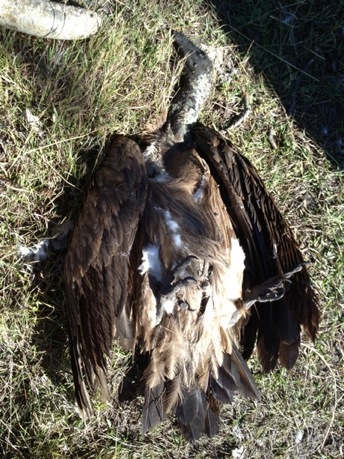 BirdLife Botswana has produced guidelines for how farmers could ensure that their efforts to control mammalian carnivores do not impact on vultures, and copies are freely available from the organisation, or through http://www.birdlifebotswana.org.bw/publications.html under Books and pamphlets.

Thirdly, poisoning of carcasses of poached wildlife, as happened with the approximately 400–600 vultures killed in Caprivi Strip, requires government and non-state actor input, and especially with actions coordinated across international boundaries. In this regard, the “I want Botswana’s Vultures ALIVE – not DEAD” campaign seeks to raise awareness at the highest levels in governments in Botswana and across southern African region, so that the poisoning of vultures can receive the appropriate attention and priority for action similar to that of rhino and elephant poaching in terms of legislation, pursuit of those responsible and penalties once the culprits are apprehended. The fact that these incidents can be directly linked to elephant poaching is a major cause for concern, and effectively means that for every elephant poached, several hundred vultures are killed.

The generally negative public perception towards vultures worsens the situation by making it difficult to convince people that the decline of vulture populations will have negative implications on their lives, such as loss of environmental cleaning services and loss of income from tourism. Unfortunately this negative attitude permeates society at all levels at local, national and international levels and it has been a challenge to convince governments, donors and industries to support vulture conservation.

“However, what people fail to realize is that all it takes is for one vulture poisoning event to occur near a water source such as a borehole or mogobe, with such poisoned water then being consumed by humans, who would then likely be killed or seriously harmed”, warned Dr Senyatso. Through the “I want Botswana’s Vultures ALIVE – not DEAD” campaign BirdLife want each one of us to be able to contribute towards fighting this crisis bearing in mind that it doesn’t only affect vultures, but our livelihoods and health.

BirdLife Botswana, together with collaborators in and outside Botswana, is taking action to address the vulture crisis. Priority actions include: first, research and monitoring to produce evidence to persuade government and industry to change their practices and commit resources to vulture conservation. Secondly, map areas where vultures are found and the threats they face; mapping will enable identification and protection of ‘vulture hotspots’, including vulture breeding colonies.

Thirdly, educate people – including donors and decision-makers – and change their perceptions about vultures. Fourthly, support local conservation action, and encourage farmers, community based organisation, government agencies, companies and members of the general public from different areas of the country to network, share experiences and get involved with saving Botswana’s vultures.