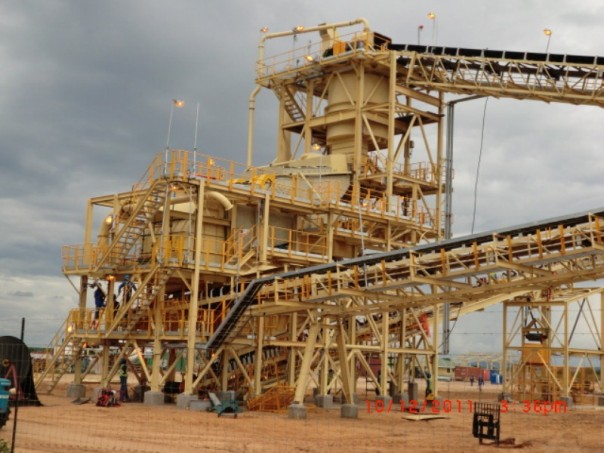 Discovery Metals Limited says it has executed the Amended and Restated Facility Agreement and Ancilliary Documents with its lenders.

Key features of the Debt Re-Profile include all continuing defaults were waived on execution of the Term Sheet and the current gross interest bearing debt owing under the Revolving Credit Facility and the Project Finance Facility of approximately US$160.4 million (including capitalised interest) has been reduced to US$100 million.

The company also said the Revolving Credit Facility has been discharged and no longer exists, scheduled principal repayments will be made commencing in year 5 of the Loan and interest rate is now LIBOR plus 5%, with interest capitalised until September 2018.

Discovery Metals’ Executive Chairman, Jeremy Read said the execution of the definitive, long form documents is a turning point for the company.

“With the completion of the Debt Re-Profile, the Company can now focus on its proposed recapitalisation, transition to underground mining and continued operational improvements,” he said.

“I would particularly like to thank our lenders for their strong support during this process.”

However, the Debt Re-Profile is conditional on usual and customary administrative conditions for a financing of this nature and will become effective on satisfaction of those conditions. The conditions include the provision of share certificates, documents, stock transfer forms and other requirements as part of the security arrangements under the Amended and Restated Facility Agreement and Ancilliary Documents.

The lenders have granted further waivers in relation to principal and interest repayments owing under the Project Finance Facility and the Revolving Credit Facility until 18 July 2014 to allow the Company sufficient time to satisfy the conditions precedent.

The other condition is that DML’s wholly owned subsidiary, Discovery Copper (Botswana) (Proprietary) Limited (DCB), is required to deliver an updated financial model and development plan for the underground mining operations (Business Plan), in a form and substance acceptable to the lenders and a lender appointed independent technical expert, by 31 August 2014. DCB is required to achieve an agreed benchmark production from underground operations to be determined by reference to the Business Plan within 18 months.

As announced on 29 May 2014, Discovery Metals says it has successfully completed a placement to Transamine Trading S.A. (Transamine), raising AUD$2.8 million (Placement). The Placement was completed at a price of AUD$0.03451 per share, which was an 8% premium to the closing price on 28 May 2014. Transamine now holds 18.61% in Discovery Metals. As part of the Placement, the Company agreed to appoint a nominee of Transamine to the Company’s Board. Royston Denysschen was appointed as Non-Executive Director of the Company as announced on and effective as at 9 July 2014.