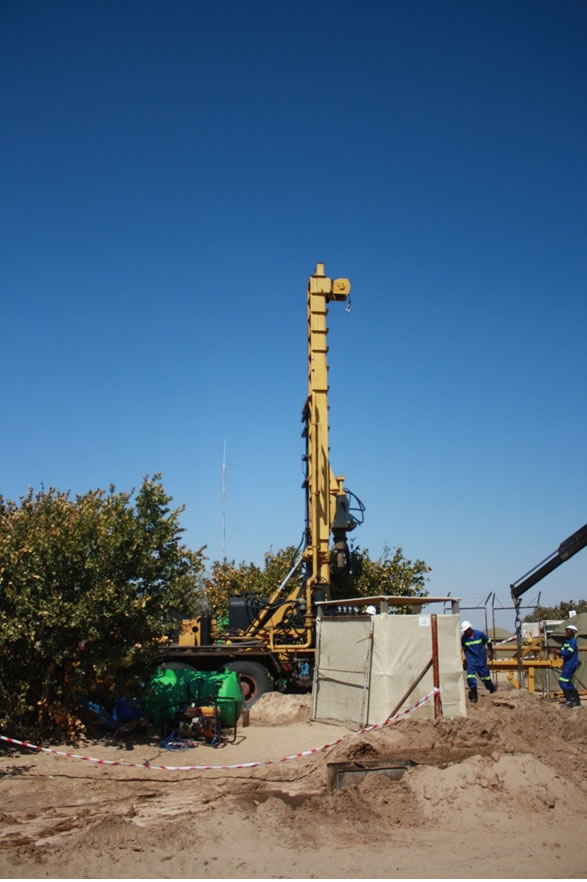 Gem Diamonds Limited has announced the opening of its Ghaghoo diamond mine located in the Central Kalahari Game Reserve (CKGR) in Botswana, which Survival International said it confirmed fears Basarwa were relocated from their ancestral land to pave way for mining.

The UK based company however praised the mine which it said will emerge as part of a new generation of diamond mines in the country with a core focus on ensuring that the highest benchmarks of excellence across health and safety and social and environmental impacts are achieved.

Clifford Elphick, CEO of Gem Diamonds said his company sees considerable opportunities in playing an important role in the country’s future; bringing jobs and economic opportunities to the surrounding communities.

“We are very pleased to be bringing the Ghaghoo mine into production. This is a significant step forward for Gem Diamonds as a Company as we add another mine to our portfolio of producing assets,” he said.

“The potential of this ore body and the economic benefits to shareholders, employees and the Botswana nation will soon become evident. We believe that our steadfast approach and commitment to being an excellent corporate citizen, and working to ensure we operate in an environmentally and socially responsible manner is key in determining the long term success of the Ghaghoo mine.”

Ghaghoo diamond mine is the first underground diamond mine in Botswana and the company said it has undergone a series of extensive studies and assessments relating to the environment, local communities and broader social impacts of the mine, which will provide a critical framework to ensure that the mine operates to the most stringent of international standards.

“This is a strategic priority for the Company in a rapidly changing environment for the global mining industry, and will contribute to the further to the modernisation of the diamond mining industry to ensure long term sustainability,” stated the company.

“The mine has a unique foot print, as an underground diamond mine, significantly reducing environmental impacts. The mine has been built to very high specifications to ensure that the environment is protected as far as possible, with comprehensive rehabilitation plans in place. The Company has undergone a number of in-depth community consultations as part of a broader community and social engagement strategy and as a means to accurately understand potential social impacts.”

Gem Diamonds said it is committed to ensuring the well being of affected communities and bringing benefits to these communities, where this is possible. The company has already collaborated with the NGO, VOX to assist in providing local communities with access to water.  Additionally, the Company has established a Community Trust, which includes two trustees from the project affected communities.

On the other hand, Survival International said the Basarwa were told they had to leave the reserve soon after diamonds were discovered in the 1980s, but the Botswana government has repeatedly denied that the illegal and forced evictions of the Kalahari Bushmen – in 1997, 2002 and 2005 – were due to the rich diamond deposits.

It said the move justified the Bushmen’s evictions from the land in the name of “conservation”.

“The mine opening has also exposed Botswana’s commitment to conservation as window dressing. The government falsely claims that the Bushmen’s presence in the reserve is “incompatible with wildlife conservation,” while allowing a diamond mine and fracking exploration to go ahead on their land,” SI said.