Botswana Diamonds plc, the AIM listed diamond explorer (AIM: BOD) has announced the appointment of James Campbell as Managing Director of Botswana Diamonds plc with immediate effect. James will be based predominately in Johannesburg and will work closely with Alrosa on BOD’s Orapa and Gope licences and with the shareholders in Maibwe on the Gope discovery. 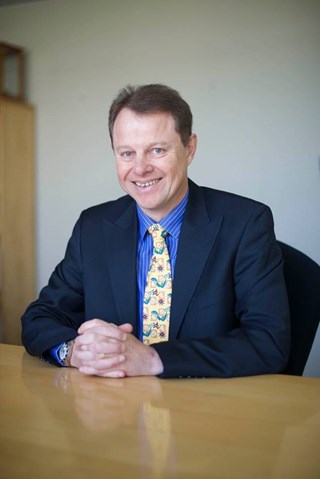 Campbell is a respected leader in the diamond industry, with over 30-years’ experience of working with exploration, development and production companies. He previously worked with the Botswana Diamonds’ directors in African Diamonds where he was key to the discovery and development of the Karowe mine, which has transformed the supply of large, high quality (Type 2) diamonds.

Following the acquisition of African Diamonds by TSX listed Lucara Diamond Corp, James became Vice President – New Business of Lucara, where he played a key role in developing the mine.  In recent years as Chief Executive Officer of Rockwell Diamonds, he oversaw the development of a number of alluvial diamond mines in South Africa.  He also spent over twenty years’ with De Beers, culminating as General Manager for advanced exploration and resource delivery.

BOD Chairman, John Teeling said they are absolutely delighted that James has decided to join Botswana Diamonds.  “He worked with us previously at African Diamonds during the development stage of the Karowe mine from the AK 6 discovery and he introduced Lucara to the project.  He brings a wealth of experience and skills in the diamond industry which I believe will help drive our joint ventures with Alrosa in Orapa and Gope forward. James will also work closely with our shareholders in Maibwe on the Gope discovery as we seek to expand our current portfolio of diamond exploration projects”.