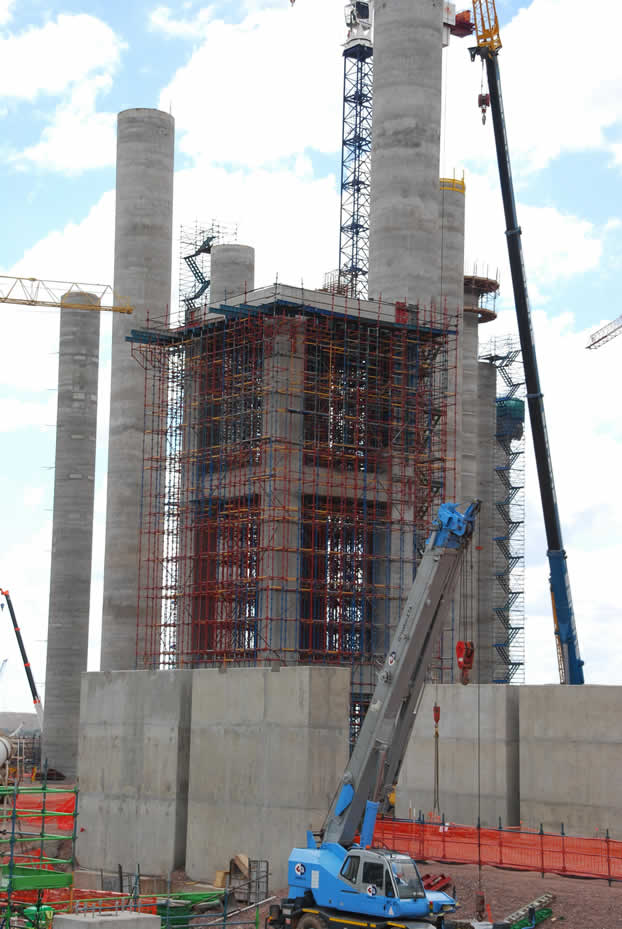 “Our team has been working with Eskom on the Medupi Power Plant since 2007. The plant itself is the fourth largest coal-powered plant in the southern hemisphere. It has six units with a capacity of 794 MW each and an installed capacity of 4,764 MW.

The IPMA award recognises work that is an example of excellent project management. Global projects that have similar budgets compete against each other and the winner is determined based on the entry submission as well as a site visit. Winners are determined based on the assessors’ evaluation and jury reports, which include a detailed analysis.

“This is a first for GE Power and Steam Power Systems in Africa and it certainly is celebration of the work we’ve done South Africa, executing a significant project that will deliver power to millions of people,” says Lee Dawes.

The award is a culmination of years of learnings and experience that have contributed to the team’s approach executing this mega project. The Steam Power Systems’ team working on Medupi includes 200 direct employees and 2,000 sub-contractors.

“Big scale projects like Medupi are great stimulators for the local economy, they inject economic activity in remote areas and create sustainable livelihoods.” Dawes says. “Our initial local content target for this project was 50% and we exceeded it delivering 70%. We trained over 800 trade professionals and spent more than $1.4BN on local content.”

Medupi is an example of success and a shining example of how Africa’s power generation needs can be solved through public private sector collaboration.