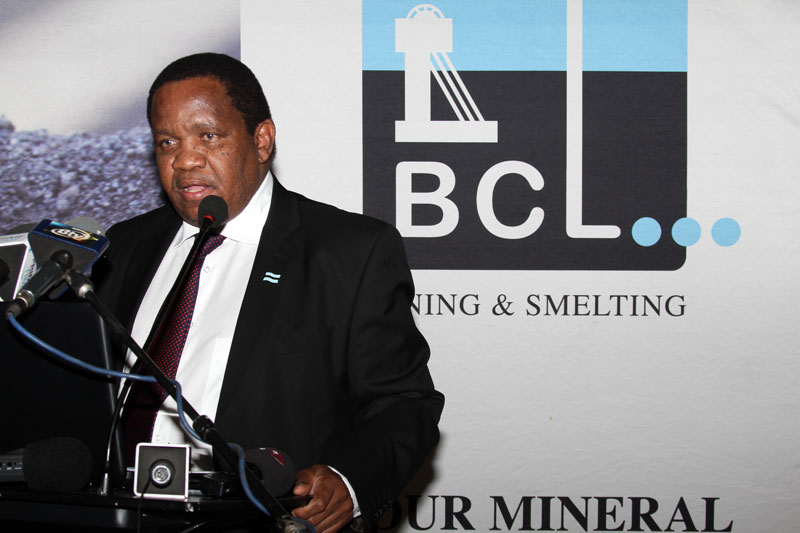 BCL, the Botswana government owned copper/nickel miner will undergo a major smelter refurbishment as the company readies the facility for the rollout of Polaris 11 Strategy that comes with treating different concentrate from its new acquisitions.

The Selebi-Phikwe based company said the 62 days shutdown is ‘historic’ for the company as it wants a new furnace that will face head on the coming challenges.

“The improvements effected on the cooling systems and refractory and the upgrade will render the smelter the capability to treat a myriad of nickel concentrates arising from both the future BCL minerals exploration tenement and the acquisition tolling opportunities pursued through Polaris 11 strategy,” Mahupela said.

Polaris 11 is an ambitious plan by the company to revive the fortunes of the mining town and also to position the mining outfit as a major player in the region. BCL has also announcing plans to mine other minerals that include coal, gold and diamonds through partnerships.

Already, it has bought Norilsk Nickel assets in Botswana and has bid for a 50% stake in Nkomati Nickel in South Africa’s Mpumalanga province. The deal has already been approved by regulators in Botswana, but only negotiations with Rainbow Minerals and other approvals in SA delay the conclusion of the deal.

Currently, the smelter treats concentrate from Tati Nickel, Nkomati mine and BCL’s four operating shafts. Mahupela said the shutdown will be done on July 1 adding that the main unit operations impacted by the refurbishment will be the flash smelting furnace, waste water boiler, drying plants, electric furnaces, converters and the associated auxiliary equipment. The new concentrate comes with higher impurities that would need a modern smelting facility.

He explained that the BCL Flash Smelting Furnace, which determines the life of the smelter, is currently in the eleventh year of the present 7th campaign that is normally 7 to 8 years in tenure.

“The furnace is already overdue for this overhaul. The campaign of the furnace is limited by the integrity of the cooling systems and attendant factory wear,” he added.

According to BCL, the main contractor for the management and execution of the shutdown has been awarded to Kentz Engineers & Constructors Pty Ltd. The other works that include demolition, mechanicals, refractory bricks, civils and concrete works, structural steel and piping fabrication and erection have been awarded to a number of local, domestic and international companies.

The Botswana companies would pocket P140 million, South Africans R126 and Europeans € 19 million.  BCL’s Divisional Manager-Metals Production, David Keitshokile said the multi million Pula million exercises is a milestone adding that they are up to the challenge.