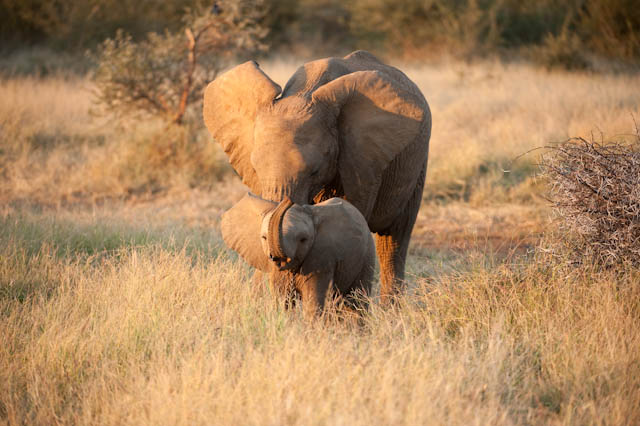 On 20 December 2013, the Sixty-eighth session of the United Nations General Assembly decided to proclaim 3 March, the day of the adoption of the Convention on International Trade in Endangered Species of Wild Fauna and Flora (CITES), as world Wildlife Day, to celebrate and raise awareness of the world’s wild fauna and flora.

In its resolution, the General Assembly reaffirmed the intrinsic value of wildlife and its various contributions, including ecological, genetic, social, economic, scientific, educational, cultural, recreational and aesthetic, to sustainable development and human well-being, and recognized the important role of CITES in ensuring that international trade does not threaten the species’ survival.

The General Assembly requested the CITES Secretariat, in collaboration with relevant organizations of the United Nations system, to facilitate the implementation of World Wildlife Day.

Welcoming the news, CITES Secretary-General,  John E. Scanlon, said, “World Wildlife Day is an ideal opportunity to celebrate the many beautiful and varied forms of wild fauna and flora and raise awareness of the multitude of benefits that conservation provides to people. At the same time, the Day reminds us of the urgent need to step up the fight against wildlife crime, which has wide-ranging economic, environmental and social impacts.”

“We invite all member States, relevant organizations of the United Nations system as well as all other interested organizations and individuals—from airports to museums to schools—to get involved in this global celebration of Wildlife”, added Scanlon.

The CITES Secretariat has created a dedicated World Wildlife Day Facebook page to share news and stories of the day, which can be followed at; https://www.facebook.com/WorldWildlifeDay

In its resolution, the UN General Assembly noted the resolution made at the 16th meeting of the Conference of the Parties to CITES (CoP16) held in Bangkok from 3 to 14 March 2013, designating 3 March as World Wildlife Day, in order to celebrate and raise awareness of the world’s wild fauna and flora.

The CITES resolution was sponsored by the kingdom of Thailand, the Host of CITES CoP16, which transmitted the outcomes of CITES CoP16 to the UN General Assembly.

United Nations observances contribute to the achievement of the UN Charter and promote awareness of and action on important political, social, cultural, humanitarian or human rights issues. They provide a useful means for the promotion of international and national action and stimulate interest in United Nations activities and programmes. For international years and decades the UN Secretary General takes action to establish the preparatory process, evaluation and follow-up procedures.

The majority of observances have been established by the UN General Assembly and some have been designated by UN specialized agencies.

In 1950, the General Assembly approved the first international day—Human Rights Day—to be observed on 10 December. Resolution 423 (V) invited all states and international organizations to observe this day to celebrate the proclamation of the Universal Declaration of Human Rights by the General Assembly on 10 December 1948, and to exert increasing efforts in this field.

With 179 Member States, CITES remains one of the world’s most powerful tools for biodiversity conservation through the regulation of trade in wild fauna and flora. Thousands of species are internationally traded and used by people in their daily lives for food, housing, health care, ecotourism, cosmetics or fashion.

CITES regulates international trade in over 35,000 species of plants and animals, including their products and derivatives, ensuring their survival in the wild with benefits for the livelihoods of local people and the global environment. The CITES permit system seeks to ensure that international trade in listed species is sustainable, legal and traceable.

Savanna Elephants Down 30% In Africa