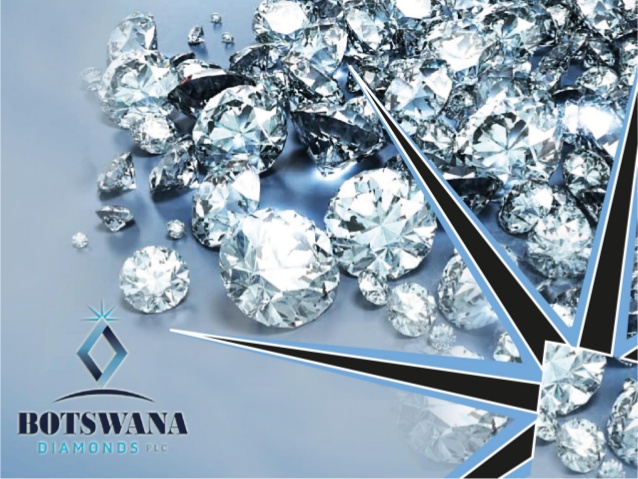 BOD is scouring for diamonds in Botswana and South Africa

John Teeling, Chairman, commented, “We are pleased to announce the commencement of drilling at the Ontevreden kimberlite pipe.  We know that the pipe contains significant quantities of G10 and G9 garnets – high quality diamond indicator minerals frequently found in high-grade kimberlite pipes.  The drilling is to discover diamonds.”

Following the discovery of a kimberlite pipe at Ontevreden in July 2017, work was undertaken to ascertain the potential for the pipe to be diamondiferous.  Results from ground samples taken from the pipe were analysed and produced abundant G9, G10, and complimentary eclogitic garnets in a mix typically associated with high-grade kimberlites.

Rock geochemistry undertaken by the Council for Geosciences categorised Ontevreden as a Group 2 kimberlite.  Detailed ground geophysics has also been undertaken and this identified a minimum surface pipe surface area of 100m x 70m.  The drilling operations will confirm the size, provide an understanding of the internal geology and enough samples to enable both petrography and microdiamond analyses.

The Ontevreden kimberlite pipe is close to Petra Diamonds’ now mothballed Helam Mine, which yielded a grade of 267cpht and a diamond value of US$145/ct at a +1mm bottom cut off (2014 data).

This release has been approved by James Campbell, Managing Director of Botswana Diamonds plc, a qualified geologist (Pr.Sci.Nat), a Fellow of the South African Institute of Mining and Metallurgy, a Fellow of the Institute of Materials, Minerals and Mining with over 32-years’ experience in the diamond sector.